It’s not uncommon to see people using dumbbells in different environments, including at home and in the gym. Dumbbells are good to use when exercising because they help you build muscle and become stronger.

If you’re trying to get in better shape and would like to burn calories, build strength, and lift more weight than you've ever been able to do in the past, be sure to check out this guide.

We provide information on everything you need to know about the equipment, including an answer to the question many people ask, why are dumbbells called dumbbells?

While dumbbells are regularly used in today’s society, they’ve existed for more than 2,000 years. It’s believed that the Ancient Greeks invented something similar to the modern-day dumbbell, which was initially called a haltere. The haltere had a handle with crescent-like stones attached to it.

So, why exactly did the Ancient Greeks decide to create the halteres in the first place? It was for the same reason that people typically use dumbbells today. They wanted to build muscle and become strong, realizing that lifting heavier objects helped them gain more muscle in their legs and arms.

So, while dumbbells are quite different today, they still exist with the same concept from thousands of years ago with the purpose of helping people become fit, strong, and healthy. 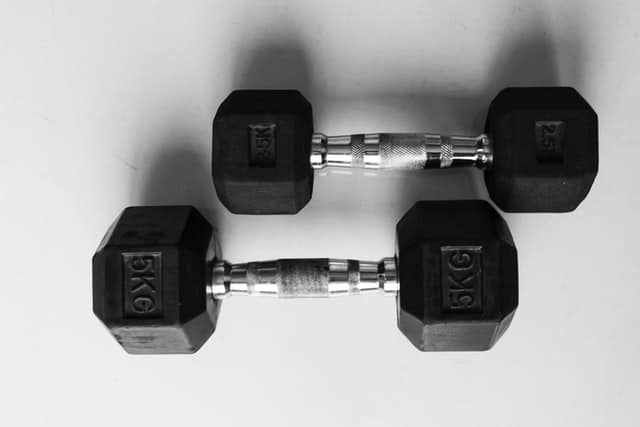 Why Are Dumbbells Called Dumbbells?

Have you ever found yourself asking the question, why are dumbbells called dumbbells? If so, you're not alone. While the Ancient Greeks created the first version of the dumbbell, it was those living in England in the 16th century who coined the term dumbbell. So, what was the reason?

During the 16th century, athletes would train with something known as handheld bells. However, these bells wouldn't have clappers. Without clappers, the bells were considered dumb because they couldn't make noise or operate the way they were designed to, hence the name dumbbells. It’s a silly name for a piece of exercise equipment. However, it’s something that continues to stick around, even in the 21st century. 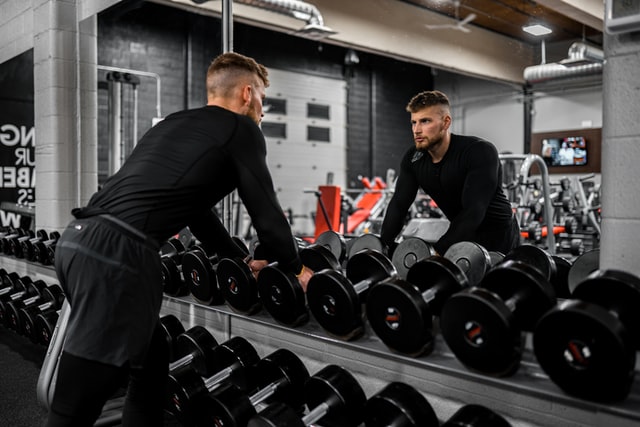 Many types of dumbbells are available for fitness enthusiasts to choose from and use to reach their fitness goals. Each option has something unique to offer. Before choosing a specific dumbbell to use to become stronger and build muscle steadily, it helps to know of some of the benefits of the different dumbbells in existence and what they can do for you.

Adjustable dumbbells are, by far, one of the most convenient options. However, they tend to cost a bit more. The reason adjustable dumbbells cost more than fixed ones is that you can adjust the weight at your convenience and as often as you'd like, so you're essentially saving money in the long run by not having to go out and buy more weights.

These cost-effective options typically consist of a strong, durable material that doesn’t break or tarnish, even when used regularly. Fitness enthusiasts tend to choose these dumbbells over other options because they save space, are easy to adjust, and can help them reach their goals.

Fixed weight dumbbells aren't adjustable and will only weigh a set amount. These are among the most common types of dumbbells that you can find in different places, such as home gyms and commercial gyms. You can usually spot the number on the side of each dumbbell that signifies how much it weighs.

So, for example, it could weigh as little as 5 pounds or as much as 50+, depending on your fitness goals and how much you can lift. These dumbbells often consist of a solid steel material made to last.

The selectorized dumbbells are like a cross between fixed weight and adjustable. With this option, you can easily add weight to the ends using heavier plates to increase the amount of weight you’re lifting. However, they’re not as quick and easy to use as the adjustable weights.

Even so, they’re still more convenient than the fixed options because you can adjust the weight to your liking. You may want to lift less one day and more the next, and these dumbbells make it possible for you to do that. Our absolute favorite set of selectorized dumbbells is the Rogue Fitness model. They are durable and come in a wide range of sizes.

What is a good weight to start with dumbbells?

When first getting started, it’s often best to start with five pounds or less because you don’t want to overdo it. Even if you feel comfortable lifting more, start small and work your way up to avoid putting a strain on your muscles that can leave your body sore for days at a time. We recommend starting with 5 lb dumbbells.

Why are dumbbells so expensive?

Some dumbbells are expensive because of the features they’re equipped with, and the materials used to make them. However, there are affordable options that you can find in department stores. On the other hand, if you’re looking for something reliable, made to last, and more convenient, you can expect to pay a bit more. A good pair of dumbbells may cost around $100.

What is the difference between dumbbells and barbells?

Dumbbells are easy to transport from one place to the next. In addition, you can walk around, do squats, and even complete other exercises while holding a dumbbell in each hand. However, barbells are much larger and often a lot heavier. Most people hold barbells while in the sumo squat position.

What are the benefits of dumbbell training?

Dumbbell training is beneficial for several reasons. It can help you get in shape while increasing your heart rate and helping your body burn fat at a faster pace. Not only can you build muscle, but you can also shed pounds and become healthier. Many people like this form of training because it makes them stronger and allows them to lift even more than they ever thought possible.

If you’ve ever used dumbbells, you’ve probably found yourself wondering where the name originated from at some point or another. Now that you know where the name comes from, along with who created the fitness equipment and how it came about in the first place, be sure to share this knowledge with other fitness enthusiasts.