Barbells come in lots of different shapes, sizes, and weights. With the amount of choice, it can be difficult to know which bar to use and when. Deciding between a curl bar vs straight bar for building biceps is one of those questions. We weigh up the differences between the curl bar vs. straight bar for bigger biceps.

Both the EZ Curl Bar and the straight bar will grow the muscle, but how exactly do they differ?

When discussing the activation of a muscle in order to facilitate growth, we must look at positioning, and in the case of bicep curls, we need to consider hand positioning. A straight barbell allows for full supination of the forearms.

Maximal supination of the forearms will allow the bicep muscle to fully contract, meaning better bicep recruitment when using a straight bar. However, the EZ curl bar is better for the overall development of the bicep as it works the brachialis and the brachioradialis more.

An EZ curl bar is still effective in growing the bicep, but because hand positioning favors the protection of the joints, the muscle doesn't activate as effectively as the straight bar.

The straight bar is a better choice in terms of strength development. To sum up, the straight barbell will get you more overall size, but the EZ bar is the go-to for full muscular development of the biceps. 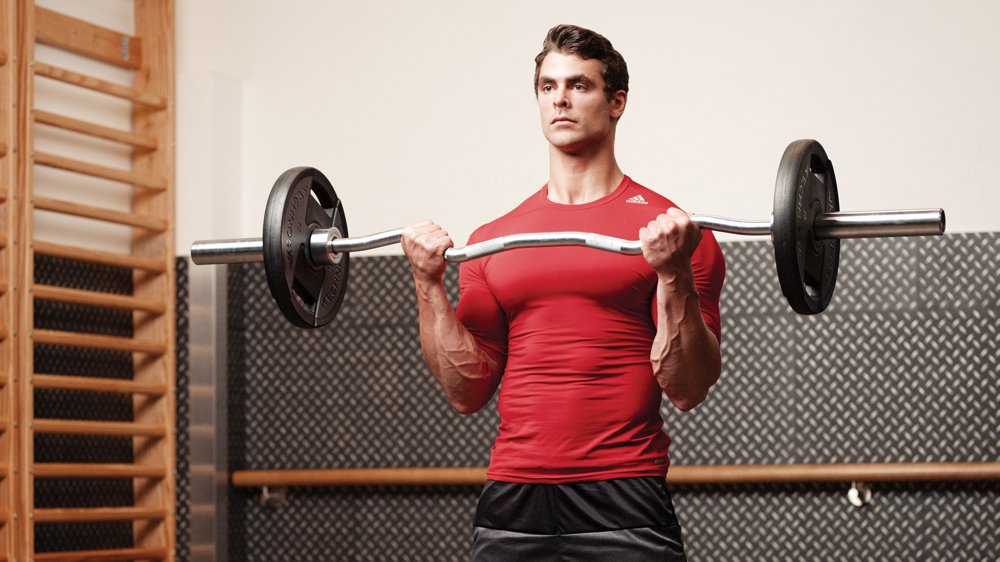 The performance of a bicep curl is seemingly better with a straight bar, but it is preferential if you prefer the comfort of the EZ bar, which has been designed to minimize stress on wrists and elbows. Both curl bars and straight bars are designed to be durable and have weight added to them.

The durability of these bars comes down to the quality. Neither of them is more durable than the other. It can be noted that a straight bar will be dropped a lot more than the EZ bar and, therefore, may be more susceptible to wear quicker.

Read Also - Cerakote Vs Zinc Vs Stainless Vs Chrome Barbells

The difference between an EZ bar and a straight barbell for safety aspects is the pressure put through the wrist and elbow joint. The EZ curl bar allows for a more natural hand position which means less torque going through the wrist, which minimizes the risk of injury.

People with prior injuries to the wrist or elbows will be better off using the EZ curl bar because of less stress placed on the joints. The straight barbell may be used for those who don't have any issues in these areas; however, it's worth noting that the continued positioning over a long period of time may increase the chances of injury to these areas.

For Different Types Of Workout Goals

The EZ curl bar is used for isolation work, mainly targeting the bicep and triceps. On the other hand, the straight barbell is used for a whole variety of different types of workouts.

For example, a straight barbell is used in Crossfit, Olympic Weightlifting, and Powerlifting to complete compound strength movements and technical lifts. The EZ curl bar is not as versatile a piece of equipment as the straight bar.

Due to its length and shape, it can only be used for isolation movements, mostly for the arms. Therefore it will primarily be used for bodybuilding or doing general strength training.

See Also - What Length Barbell Do I Need?

Another significant difference with these barbells is the diameter of the bar. The 15kg bar is smaller in order to facilitate an easier grip for women as they tend to have smaller hands.

This is mostly used in Olympic Weightlifting, and those who are strength training or bodybuilding are likely to use a 20kg straight bar. A straight bar can naturally hold more weight because of its larger size, with some high-quality bars holding up to 690kg (1500lbs).

Related Article - How Much Does An EZ Bar Weigh?

The other key difference between the EZ and straight bars is shape and length. As the name implies, A straight barbell is a long straight cylinder shape. There are two rods attached at each end where the weights are added. The EZ bar is a type of cambered bar which means there are bends in it, in the shape of a W.

The shape of the EZ curl bar allows for a more natural hand position to keep the wrists more neutral during the movement. The EZ Bar is great for experimenting with different types of grips. It can be used with both a wide and narrow grip; the difference in grip is used to target either the inside or outside of the bicep.

If you want to target the outside of the bicep, then choose a narrower grip. Both the curl bar and straight bar can be used in a pronated (overhand) or supinated (underhand) grip; doing so will change the key muscle groups worked.

The pricing of bars varies largely depending on the quality. When comparing an EZ curl bar vs straight bar, an EZ bar will most likely cost less because it is smaller than a straight bar. The EZ bar cost can range from around $50 to $200.

Straight barbells have a larger range in price than the EZ bar. Basic entry-level bars can be purchased cheaply, but the quality is lower, and they don't use needle bearings which makes a straight bar spin. A standard barbell starts at around $85 and can go up towards $900+ for the top-of-the-range brands.

So, do you need a curl bar if you already have a straight bar? The design of the EZ curl bar is a zig-zag shape that provides grip variation in order to target the muscles from different angles.

This type of bar is primarily used to train the upper body for hypertrophy-- think big biceps and triceps. 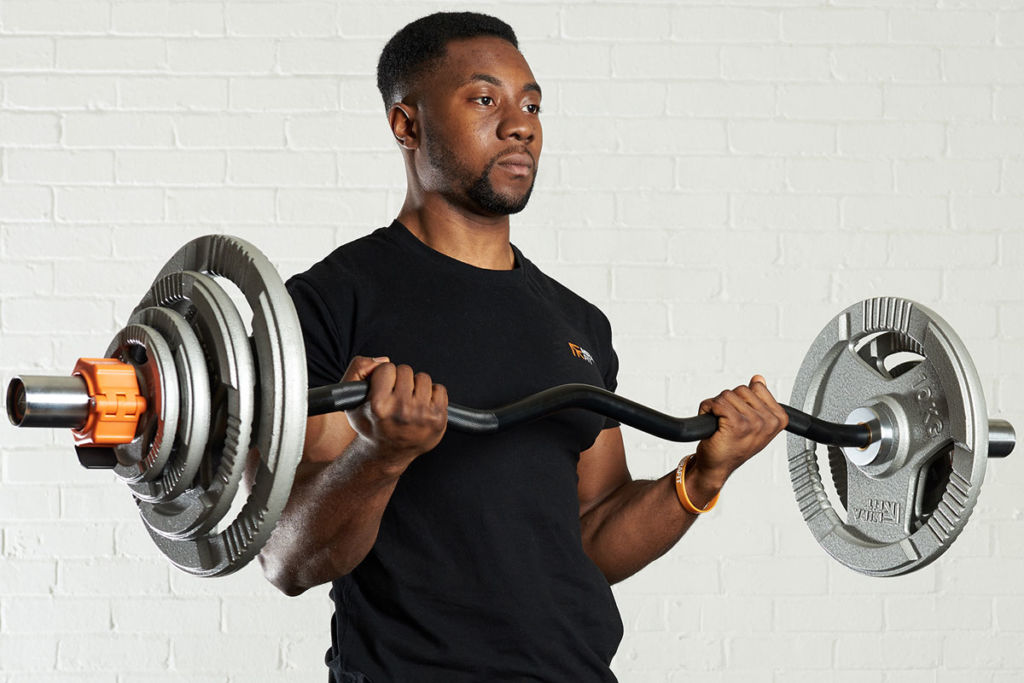 This bar seems to be more effective at targeting all muscles of the biceps. The EZ bar is 40-50% shorter than a straight bar which allows for less focus on balancing the weight and more on targeting the bicep muscle.

The curl bar will enable you to train higher reps without the added pressure on your wrists and elbows. Curl bars are used because you can train with a better range of motion and a more comfortable grip.

A straight bar is a highly versatile piece of strength equipment that can be used for many different exercises in a huge variety of ways.

It is used by Crossfitters, Olympic Weightlifters, bodybuilders, and the recreational gym user looking to get stronger. The straight bar is used for both strength and hypertrophy training. 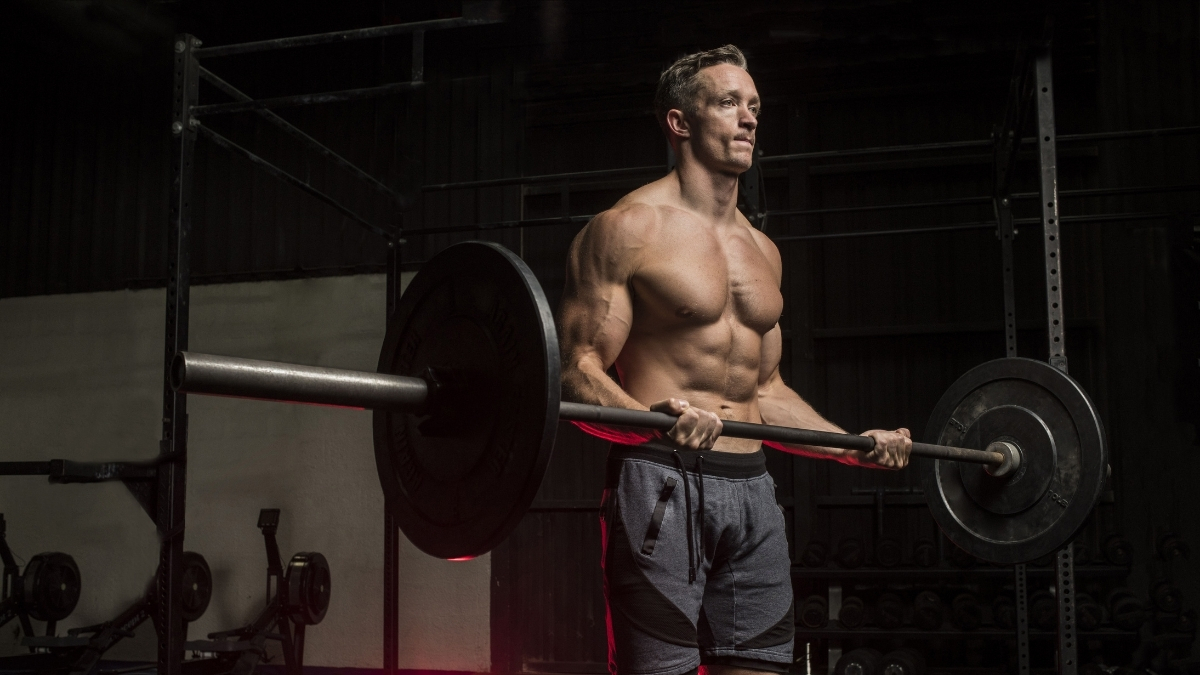 The straight bar differs for men and women in Olympic Weightlifting as the smaller barbell is designed for a woman to grip easier. For general strength training, either bar can be used, but you need to consider the smaller bar is 5kg (11lbs) lighter. Powerlifters will always use a 20kg barbell.

Is it better to use a curl bar or dumbbells for bicep workouts?

Both the curl bar and dumbbells are excellent choices for training biceps. The benefits of using a curl bar over dumbbells are the ability to target different muscle groups, and you can move more weight than dumbbells.

Can you squat and deadlift with a curl bar?

An EZ curl bar should only be used to train the upper body, mainly the biceps and triceps. Because of the shape and length of the curl bar, it can't be used for compound movements like squats and deadlifts. This is where the straight bar comes in.

Can You Squat With A Curl Bar?

Can You Deadlift With An EZ Bar?

Should you bother to do bicep curls with a straight bar?

It all comes down to personal preference. Yes, there seems to be the argument that you’re more likely to maximize strength and size gains with a straight bar. However, the limiting factors are the stressors placed on the joints. If you aren't predisposed to an injury to the wrists or elbows, then you can absolutely do curls with a straight bar, but be aware it comes with a higher risk of injury due to the full supination grip.

For beginners, which should they buy first, EZ curl bar or straight bar?

It can be confusing knowing the best barbell to build your biceps. Ultimately, choosing an EZ curl bar or straight barbell for developing biceps comes down to personal preference and your goals.

Both are effective for growing biceps. If you don't have joint issues, the straight bar will most likely get you a bigger size, but the EZ bar is more comfortable and effective at targeting all muscles in the bicep.