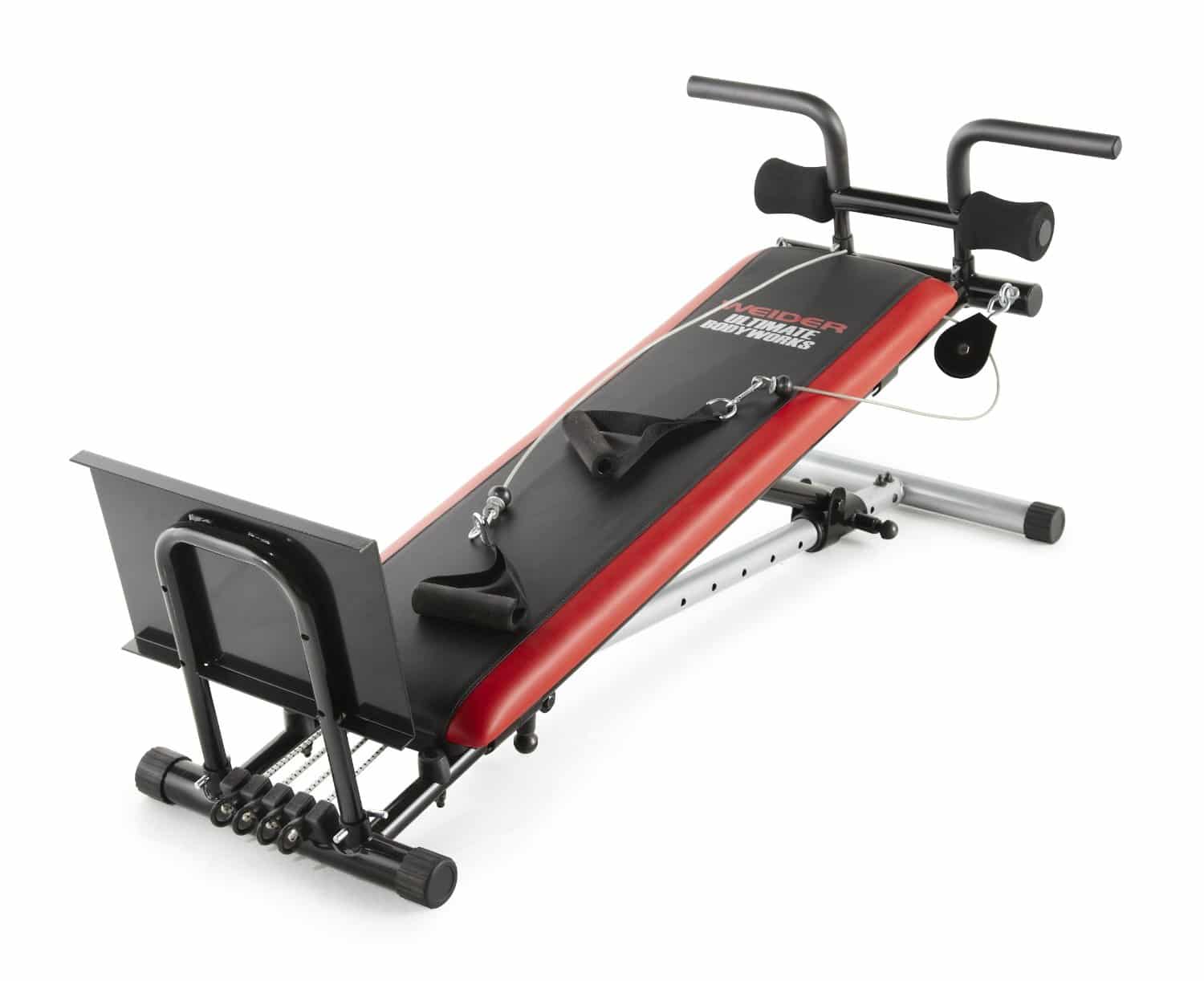 The main goal of Weider Ultimate Body Works is to provide you with a compact machine that’s capable of working out as many muscles in your body as possible. The overall design is that of an incline bench, and that bench is equipped with wheels and a pulley on each side that allows you to adjust it to have as steep or gradual of an incline as you’d like.

By adjusting for a steeper incline, you’re able to increase the total amount of resistance that you’ll get form the included weights.

Weider’s Ultimate Body Works comes equipped with 50 different exercises for you to partake in, and these exercises are able to work your shoulders, arms, abs, hips, back, calves, and thighs. So, if you want to focus on just working your abs one day, and then want to train every muscle that you can the next, the Weider Ultimate Body Works makes that fully possible. The following video is not mine, but it does include some great exercise examples.

Plus, once you finish your workout, you can fold up the Ultimate Body Works into a convenient and compact design if you decide to store it away. Combine all of this with a price tag of just $145, and we’re looking at a pretty incredible package.

The bench for the Weider Ultimate Body Works is completely adjustable to the user’s content. The wheels and pulley system allow you to make the incline of the bench as steep or as gradual as you’d prefer. If you want to really get an ultimate workout, increasing the steepness will create for maximum weight resistance when working out.

If you want to further increase the amount of weight resistance when using the Ultimate Body Works, Weider gives you the option to add up to 50-pounds of additional weight to make your workout as intense as possible.

In order to get the best possible range of motion and versatility when performing your workouts, Weider has included a cable and pulley system to make this possible.

Steel tubing makes up for the majority of the Ultimate Body Works’ construction, and this means that this particular machine should be able to handle years and years of even the most intense of use.

All in all, Weider Ultimate Body Works is a great machine worth the money. If you do not mind the mentioned cons, then you should definitely consider getting it.