We've all been there. It's time to work out, but you can't get the energy to pick yourself up off the couch, much less hop on an assault bike and pedal until your legs fall off.

Fortunately, this is exactly what pre-workout is designed for - to get you off the couch and into your workout. But after you drink your pre-workout, you start to feel...itchy? So why does pre-workout make you itch? We'll explore why in the guide below.

Why Does Pre-Workout Make You Itchy?

Pre-workouts are designed to make you feel more alert and attentive, have more energy, and focus more on the task at hand. A good pre-workout can make you feel ready to conquer the world, but it can also make you feel a little itchy.

Your pre-workout isn't necessarily supposed to make you feel itchy. Some people who use pre-workout will never feel the itch, and some people will experience it much more than others.

The itch is due to an ingredient called Beta-Alanine. The itchiness can be annoying to some, but it's not harmful to your body.

Beta-Alanine use is safe and effective. It's a great supplement to consider if you're looking to improve your workout with supplementation. 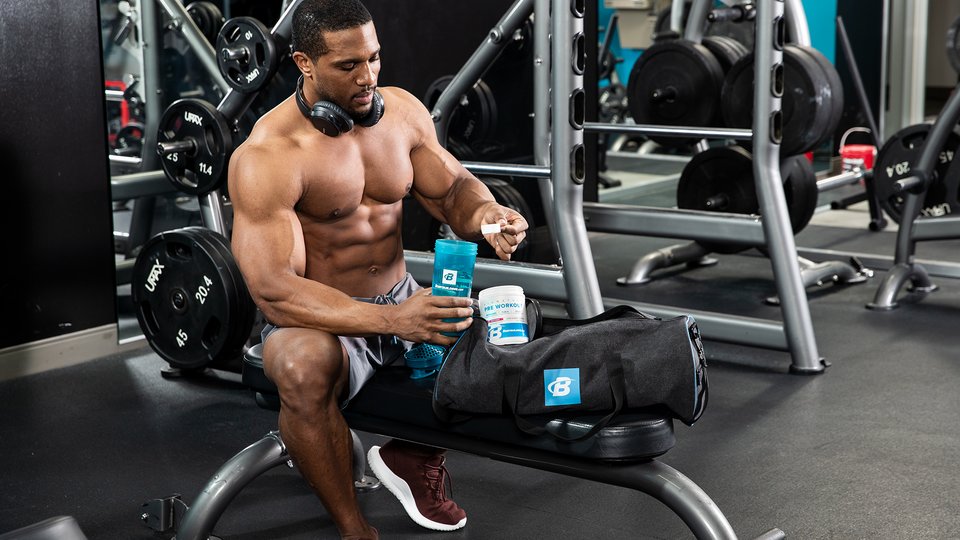 What Exactly Is Beta-Alanine And Why Does It Cause Tingles?

The itchiness is mainly due to an ingredient called Beta-Alanine. Beta-alanine is a non-essential amino acid that enhances performance by increasing exercise capacity and decreasing muscle fatigue. It also has antioxidant, immune-enhancing, and anti-aging properties.

When Beta-Alanine in the body mixes with another amino acid called Histidine [1], it creates a compound called Carnosine. Carnosine is known to improve muscular endurance and fatigue management [2].

Many pre-workout products have Beta-Alanine because it improves athletic performance by reducing fatigue, increasing endurance, and boosting performance in high-intensity exercises.

When Beta-Alanine is found in pre-workouts in doses higher than 2g per serving, it will most likely cause this sensation.

This is due to the Beta-Alanine causing acute paresthesia. Paresthesia will be felt as tingling, itchiness, numbness, or a slight burning sensation [3].

Even though the itch might be annoying, beta-alanine is considered a safe and effective supplement to boost exercise performance. 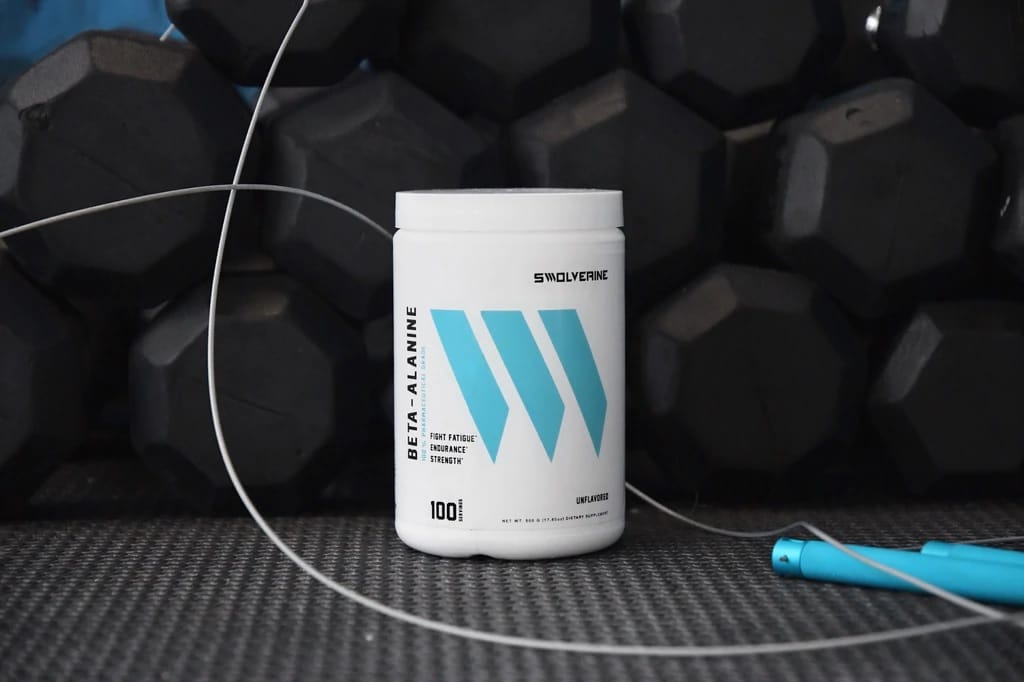 How Long Does The Beta-Alanine Itch Last?

After drinking your pre-workout, the Beta-Alanine will usually take about 30-45 minutes to kick in. It typically reaches its peak in about an hour.

Due to Beta-Alanines half-life, kick-in timing, and peak timing, most people take pre-workouts 30 minutes before they begin their workout to ensure the effects last throughout their training.

However, if you do feel the itch from the Beta-Alanine, you can expect it to set in about 15 minutes after ingesting pre-workout supplements.

The itchiness usually lasts for about 30 minutes, just in time for you to start your workout. Unfortunately, there's not much you can do to stop the itch right away, but there are things you can do over time.

Related Article - How Long Does Pre-Workout Last In Your Body? 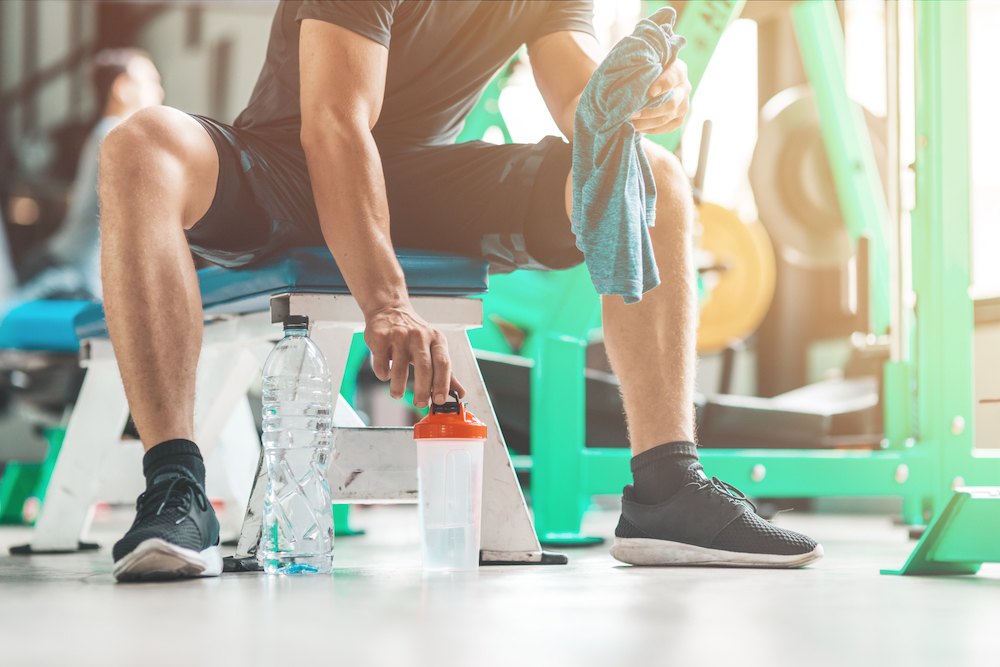 How To Stop Beta-Alanine From Making You Itch?

Fortunately, there are ways to reduce the likelihood and intensity of paresthesia from your pre-workout supplement.

Of course, the first thing you can do is take the proper dosage. But there is no way to know what dosage is correct for you without experimenting.

You can also split up your doses. For example, try taking smaller amounts throughout the day instead of taking one large dose before exercising. This typically reduces the beta-alanine tingling you experience.

Playing around with dosages and how to use beta-alanine most effectively is worth the trouble.

Unfortunately, not all supplements on the market live up to the hype. However, beta-alanine continues to back up its effectiveness in helping athletes and bodybuilders reach their fitness goals. To most of us, that’s worth a slight tingling.

Does beta-alanine make everyone itch?

Everyone's experience with beta-alanine will be different. Some will feel the itch for just a few minutes, and others might have it for an hour. And some people will never experience it at all.

Should you be worried if you do not get the tingles from pre-workouts?

As we've already mentioned, everyone experiences supplements and pre-workouts differently. Therefore, there is no cause for concern if you do not feel tingly after using a pre-workout.

Should you take beta-alanine every day?

For best results, it's generally recommended to take 2–5 grams of Beta-Alanine daily. If you aren't taking it right before your workouts, taking it with a meal may be even more effective.

Can you take beta-alanine for years when training?

Right now, there is no safety data on the long-term use of beta-alanine when training. However, because of the non-essential nature of this amino acid, the likelihood of safety concerns are low.

Is beta-alanine good for runners?

Runners stand to benefit significantly from the use of Beta-Alanine. Studies show that after ingesting beta-alanine, runners improved their running time, increased muscle carnosine, and experienced benefits in their overall athletic performance.

Pre-workout is just what most of us need to get the most out of our workouts. However, you may experience an itching sensation after taking your pre-workout due to Beta-Alanine.

Fortunately, the itch is a natural side-effect and should not deter you from enjoying your pre-workout.