Kettlebell swings are an incredibly effective exercise that engages all major muscle groups in your body. They're a great workout to do if you're looking to build muscle, lose fat, and increase your strength.

In this article, we answer the question, what do kettlebell swings work, and take a look at the primary muscles targeted by kettlebell swings, as well as some tips on performing the exercise correctly.

If you've recently picked up a new set of kettlebells, you won't want to miss this.

What Muscles Do Kettlebell Swings Work?

The answer is simple. Kettlebell swings work your entire body.

For this reason, the list of kettlebell benefits is endless. It comes as no surprise that the kettlebell swing is a favorite exercise for avid gym-goers across the country.

Here are some of the muscle groups kettlebell swings target:

Kettlebell swings work many of the muscles in your arms and hands. This is because your hands have to hold onto the kettlebell handle and swing it around your body with a significant amount of power.

Performing kettlebell swings will strengthen your grip and also work out your forearms, wrists, and hands.

Kettlebell swings are great for working shoulders because the movement of the kettlebell forces you to work both your shoulders in the concentric and eccentric phases of the movement. Workouts that combine a variety of muscle movements lead to increased muscle gain.

Kettlebell swings are a fantastic way to hit the rhomboid and the upper back muscles, which are the muscles that help stabilize the spine.

Kettlebell swings work the hips really well, especially the gluteus maximus (the largest and strongest muscle in our body). This is because the kettlebell swing is a hip-hinge movement that involves flexing and extending at the hip joint.

The great thing about kettlebell swings is that they work just about every muscle in the body. Your glutes, quads, hamstrings, and core will all get a good workout, but what may surprise you is that kettlebell swings also work your knees. This is because you're using them to drive your body forward and up as you swing.

The kettlebell swing is also a great way to build up power and explosiveness in your legs, which helps to strengthen the knees.

Kettlebell swings are a fantastic exercise to engage your core muscles, especially your transverse abdominis (the deepest layer of abdominal muscles), which are often neglected in most fitness routines. 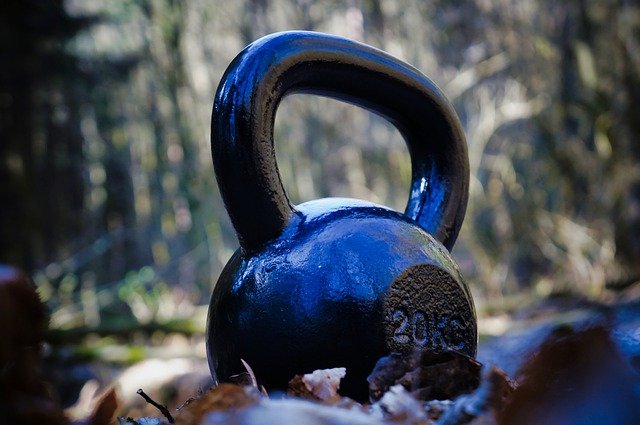 Consider adding some of the following kettlebell swing variations to your workout.

Many find the single-arm swing a little easier due to the increased room between your legs.

To perform a single-arm swing, hold the handle of a kettlebell in one hand, then stand with your feet about hip-width apart. Bend your knees slightly, then swing the kettlebell between your legs.

Then, thrust your hips forward, extend your arm out in front of you, and swing the kettlebell upward to chest height.

The Double Arm Swing is the typical kettlebell swing you often see in the gym.

The move is executed in exactly the same way as a typical swing, except you may need to adopt a slightly wider stance to allow both kettlebells to pass through your legs.

The suitcase swing is an interesting variation as it maintains closed legs throughout the exercise.

Standing with a kettlebell in both hands, swing each simultaneously on the outside of your legs, hinging at the hips as you would with a normal swing.

The movement almost looks like you are wheeling a suitcase by your side, hence the name.

The squat swing style is an awesome variation to build total-body strength and power. This kettlebell exercise starts in the same way as the kettlebell swing. With the kettlebell in front of your body, hinge at the hip, like you're about to sit in a chair, before driving back up again with your legs.

Check out this video for a complete guide.

The high swing, also known as the American kettlebell swing, involves lifting the kettlebell above your head during each thrust.

This explosive movement requires a lot of power, so it's best left to once you have mastered the easier variations.

What Is a Russian Kettlebell Swing: What Muscles Do They Work?

The Russian Kettlebell Swing gets its name from a group of Russian weightlifters who popularized the movement. Although many believe the kettlebell comes from Russia, its invention is thought to go back to Ancient Greece. 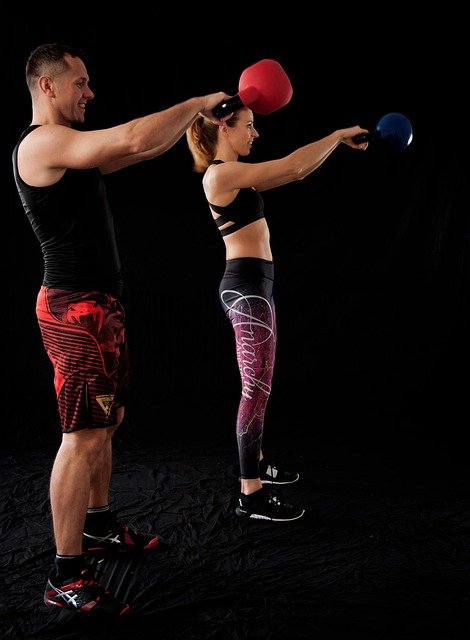 Step by Step Guide How To Do Russian Kettlebell Swings

It's essential to do Russian kettlebell swings properly; otherwise, you can damage your lower back.

Kettlebell swings are an excellent exercise for beginners because they're simple to learn and easy to master. You only need one kettlebell to do this exercise, and it's a full-body workout, making it a great way to build strength and lose fat.

How long does it take to see the results from kettlebell swings?

The benefits of kettlebell training are cumulative. You don't see results from just one session. It's a slow progression.

Within a few weeks of consistent training, you should start to see visible changes in your body. Within a few months, you'll notice a significant difference in your body and your physique.

Are kettlebell swings good for Abs?

How many kettlebell swings should I do per day for fat loss?

To lose fat, you need to be in a caloric deficit.

When should I increase my kettlebell weight?

As you become more experienced with kettlebell exercises, you'll hit a plateau where the weight doesn't feel heavy enough anymore. You'll be able to do more reps and more sets with the same weight, which means you'll need to increase it.

You should increase your kettlebell weight when you can comfortably perform a set of 10 repetitions of a given exercise.

The Kettlebell Swing isn't just an exercise; it's a movement. It's a movement that you're going to use repeatedly, whether you're doing squats, deadlifts, bench presses, or pull-ups.

Mastering the kettlebell swing leads to gains in pretty much every other area of the gym, so it's definitely not an exercise to overlook.