In this article, our team has compared two legendary pieces of workout equipment: the rowing machine and the elliptical trainer. We're going to go through the various benefits both can offer you, plus a few alternatives in case you need some other options.

The purpose of this comparison is to determine which machine is better for burning calories, so keep reading if you're looking to lose some weight or enhance your metabolism using either a rowing machine or an elliptical.

It's not uncommon to find both of these machines in professional gyms, and many people own them for home use as well. However, many people don't realize that the two have very different capabilities.

To begin with, let's go through the various pros and cons of a rowing machine vs elliptical trainer. This will give you a good, quick overview of what benefits and drawbacks they might have for you. If you don't have time to read through the whole article, this is a great section that summarizes what we're talking about. 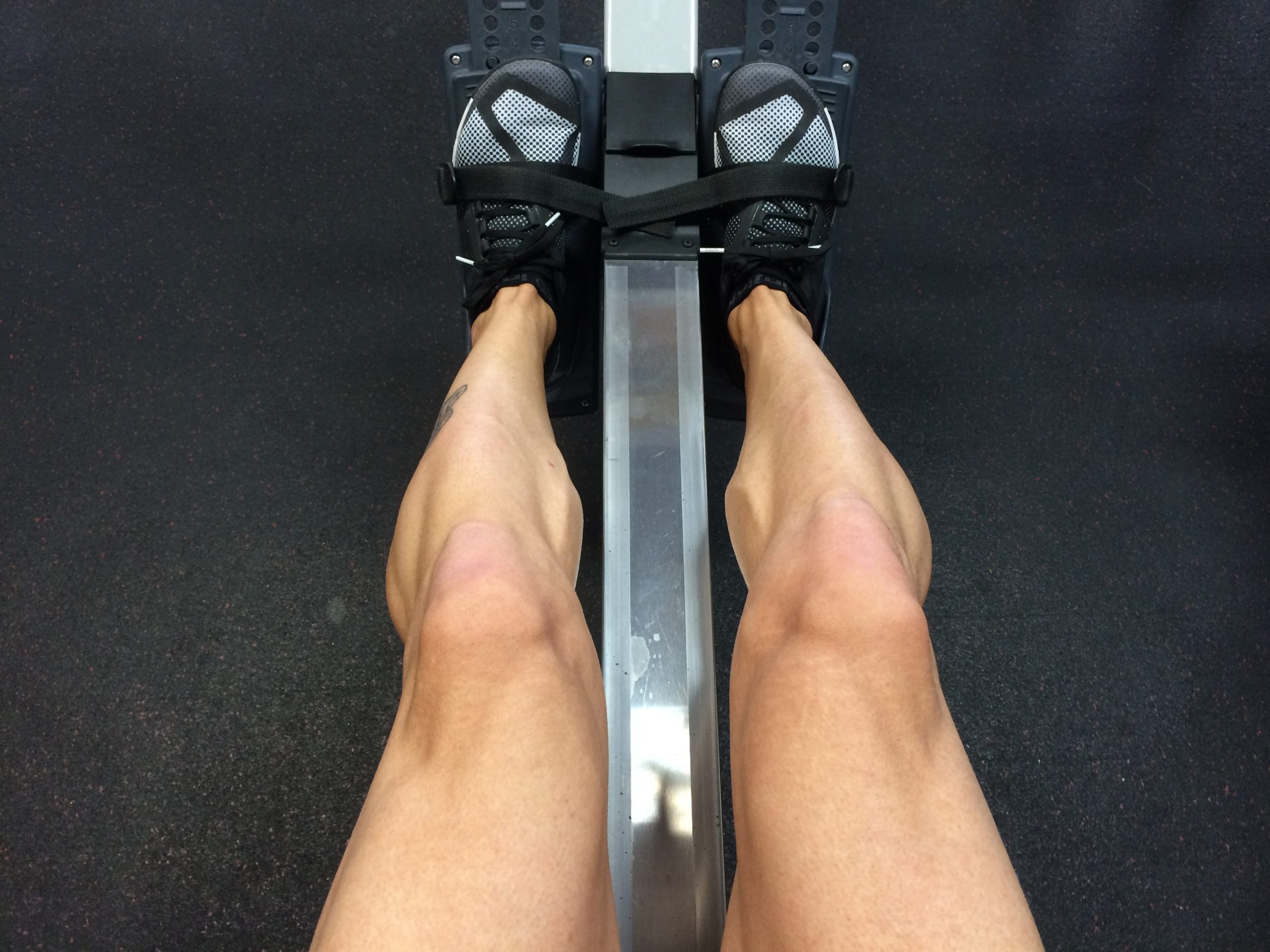 Rowing machines excel at burning calories, especially when you focus on maintaining intensity throughout the exercise. Your bodyweight will also play an important role in how many calories you can burn while rowing, with heavier people burning more calories.

On average, a 160-pound person will burn around 600 calories after an hour on the rowing machine.

There are a few factors the influence how many calories you can burn while using an elliptical. Since different users push themselves to varying levels of intensity, the number of calories burned can change.

Bodyweight is a huge factor for calculating calories burned on an elliptical. The heavier the person, the more calories are burned throughout the course of the workout. Since men are typically heavier or have more muscle mass, their body works harder on the elliptical, burning more calories on average than women.

Winner - Ellipticals, since they're more of a full-body workout, tend to burn more calories than rowing machines. Heavier people get more out of their elliptical workout than they do out of a rowing machine, but both pieces of equipment are great calories burners.

Weight loss comes down to more than just the number of calories you burn. Your posture, level of intensity, strength, and starting body weight will all impact how much weight you can potentially lose using an elliptical or rowing machine.

The level of intensity you choose to perform on either machine will have a considerable effect on how much weight you can lose. Some users can ramp up the strength of their rowing machine more than their elliptical, while it's the opposite for others.

Winner - Ellipticals will make you lose more weight in the long-term than a rowing machine. However, we recommend using whichever machine you're most comfortable with first to establish good habits and form. Then, after a couple of months, reevaluate your fitness goals along with which machine might be best for you.

Both rowing machines and elliptical trainers are exceptional cardiovascular training tools. Both give you a low-impact, full-body workout that will keep your heart rate up while lessening the effect on your muscles, allowing you to work out for longer.

If you spend more than 30 minutes on either machine, expect to feel your heart pumping by the end of the session. And still, ellipticals will have more of an effect on your cardiovascular health and are generally considered a more intense aerobic exercise over longer sessions. You can typically use the machine for longer than a rowing machine, so that has an effect as well.

However, ellipticals are harder to maintain correct form. If you feel more comfortable on a rowing machine and can go for longer, then it's going to be a better choice than an elliptical.

Winner - Ellipticals win this category again, but aren't so much better than rowing machines for cardio. In the end, choose whichever one you can maintain the correct form with and push up intensity levels throughout the exercise.

If your fitness goals aren't so much to lose weight and get in shape and you would prefer to build your strength and endurance, both ellipticals and rowing machines are good options. With varying levels of intensity, you can strengthen your muscles and joints. Both machines are low impact, so the longer you're able to stay on either machine, the better your endurance will get.

However, you can increase the impact on your upper body on an elliptical by gripping the handles firmly and continuing the motion correctly. In this way, an elliptical might be better for building strength.

Winner - For beginners, a rowing machine will be better for building up strength and endurance. However, for more veteran gym-goers, an elliptical provides a more balanced workout that impacts more muscle groups. Again, choose whichever one you're most at ease with and reevaluate your workout routine in a few months.

Key Things To Remember For Burning Calories And Weight Loss

While your choice between a rowing machine and an elliptical trainer or another workout machine will impact how many calories you burn, it isn't the only thing you need to consider. Here are some key things to remember when working out, no matter which equipment you're using:

Abiding by these key things will definitely improve the results you see after regularly working out. 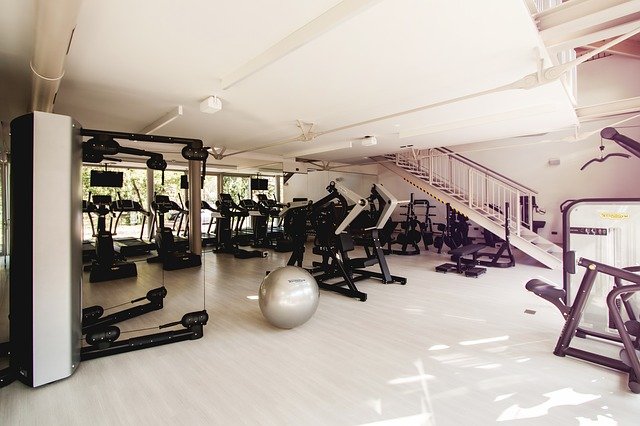 Here are two alternatives to ellipticals and rowing machines that you can use to get in a ripper workout.

If ellipticals and row machines aren't your thing, maybe something more traditional is a better fit. Treadmills range in quality, but the ones found in your gym are probably top-notch machines capable of rounding off any intense workout.

Treadmills are more versatile than many other workout machines. They often come equipped with many pre-programmed workouts that will push you just the way you need to be. One program might be good for you, while another might be perfect for your friend. It all depends on the individual.

Often, these programs replicate the feeling of running up and down hills of varying size and steepness. It's a great way to keep you on your toes and helps keep a workout interesting.

You also have the option of manually changing the gradient yourself, a way to increase or decrease the difficulty of a workout program as you see fit. Pushing yourself on a treadmill is a great way to increase endurance and speed.

Treadmills are a great choice for people who love running but don't like running outside. The running belt is totally uniform, unlike the cracks in your neighborhood sidewalk that you can hurt yourself on.

If you're looking for a bit more of a challenge, then a spin bike might be the perfect option for you. Spin classes are designed to thrash your legs and pump your cardio up through the roof as no other workout can.

Otherwise known as an "indoor bike" or "stationary bike," spin bikes are most commonly used in a class setting, but people are increasingly buying them for their home or using them on their own at the gym.

Spin bikes have a heavy flywheel that is directly connected to the pedals. This allows you to control the speed and power of each stroke, increasing or decreasing the intensity of your workout as you prefer.

Anyone who has attended an indoor cycling class can attest to the power of a good spin bike. Your legs will feel like jelly, and your heart will be pumping after a good session.

Similar to a treadmill, there are often programmed workouts you can choose from. You can increase or decrease the resistance you feel, enhancing the caloric burn and your heart rate. However, spin bikes are primarily used for cardiovascular exercise.

There you have it. As you might have guessed, ellipticals and rowing machines both have distinct benefits and drawbacks. The best machine for burning calories and weight loss will depend on your personal level of fitness, workout preferences, and past or present injuries that might inhibit your range of motion.