Choosing the right equipment while building your home gym is essential to reaching your fitness goals. If you plan on training with a power rack and barbells in your gym, you will also need to buy weight plates. But, did you know there are two different types of weight plates to choose from?

Many people don't, and when they find out there are, they don't know which ones to choose. So in the guide below, we will discuss Olympic weight plates vs standard plates to help you decide which are best for you.

When it comes to performance and durability, Olympic bars and plates are far more stable than standard bars when loading and unloading weights. In addition, Olympic bars are thicker, making plate loading far safer and more convenient.

Olympic bars are also heavier and thicker on the ends, adding to their stability. We've also found that Olympic plates are less disruptive while lifting, allowing you to lift heavier.

And although dropped weights increase can the risk of injury if you aren't careful, Olympic weightlifting plates are explicitly designed to be dropped and absorb impact. 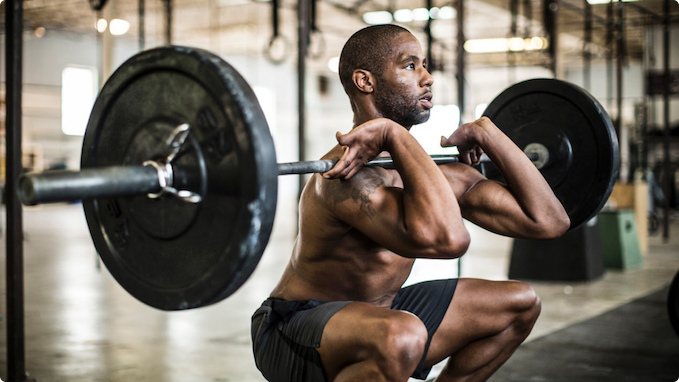 Because Olympic bars are much more stable than standard bars, they are much safer. Tipping over an Olympic Bar is nearly impossible when the bar is appropriately racked.

You can safely load heavy plates, even one side at a time, which is necessary when lifting alone. You can easily add one or even two Olympic Plates without the bar tipping.

You can't do this with standard plates without tipping over the bar. With standard bars and plates, you need to add one plate per side at a time.

Read More - How Does A Barbell Stay Level?

For Different Types Of Workouts

Olympic bars and plates can generally be used for any type of workout. However, standard bars and plates don't allow you to lift as heavy, so you will eventually reach a limit to how much you can lift, which isn't suitable for many workouts.

For CrossFit and Olympic lifting, you should look into bumper plates. These plates are made of high-density rubber for lifts where the loaded barbell is dropped to the floor. The rubber construction protects the weights, the barbell, and the floor from damage.

Read Also - What Are Bumper Plates? 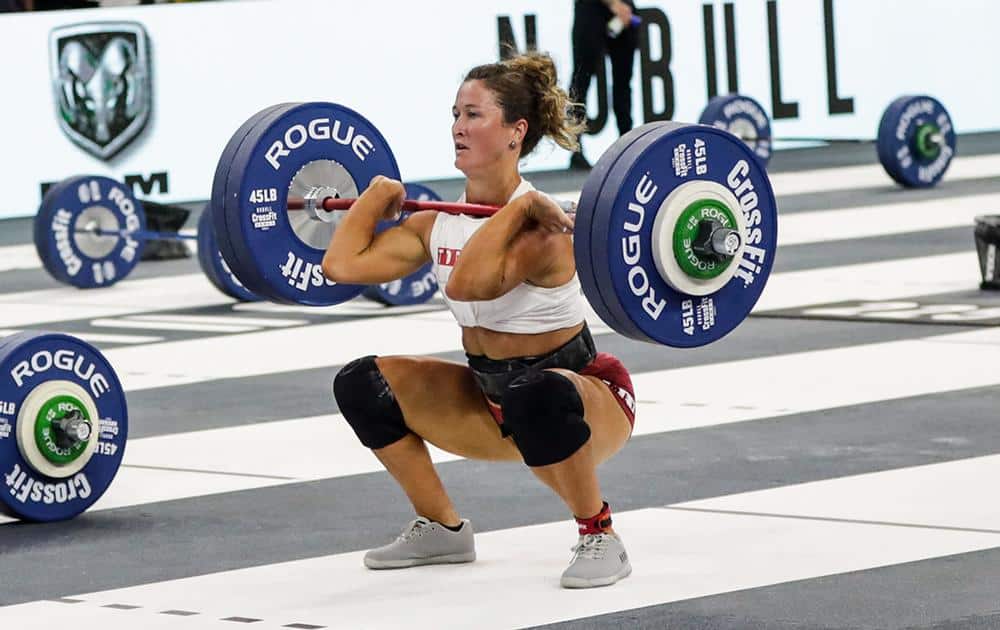 Standard bars typically start bending at a weight load of over 200 pounds. On the other hand, Olympic bars are twice as thick and can hold between 1,000 and 1,500 pounds. That is a significant difference!

When your barbell bends, it can create unwanted motion and make heavier lifts more difficult and unsafe. If you ever plan to lift more than 200lbs over the long term, an Olympic bar and plates may be the ideal choice.

Unfortunately, standard plates cannot be used on an Olympic bar. So if you decide to start off with a standard bar and plates because they are cheaper, you won't eventually be able to use those plates on an Olympic bar if you upgrade.

However, Olympic plates can be used on standard bars if you buy the proper adaptors. This is something to consider if you prefer to have a range of weights instead of one strict set.

Admittedly, most people will never enter a weightlifting or CrossFit competition. However, if you plan to enter competitions, it's essential to know what kind of bars and plates they'll use.

To stay competitive, you will want to lift with Olympic plates from the beginning. Competitive lifters almost exclusively train with Olympic equipment and completely ignore standard plates and bars.

Standard bars and plates are almost always cheaper than Olympic plates. This is expected because standard bars have a much lower maximum weight capacity. They also aren't as safe as Olympic sets, and they aren't used in competitions.

All of these factors lead to their lower price point. However, if you never plan on lifting heavy or competing in a lifting competition, standard bars and plates will suit you just fine.

Related Article - Why Do Weight Plates Cost So Much? 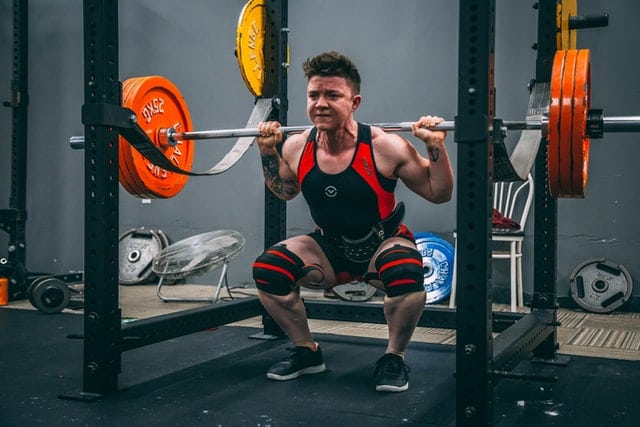 Olympic weight plates come in various options like rubber or urethane coated, and Olympic Bumper Plates are made with solid rubber to safely be dropped.

Many Olympic Bars can withstand a maximum weight load of over 1500lbs, which is impressive. And they will always return to a straight position because of the quality of the steel used in the bar. Olympic weight plates are also available in heavier sizes, ranging from 2lbs to over 100lbs.

Olympic weights are also precision-tested, so the accuracy of weight is very close. In addition, Olympic bars usually have revolving ends to reduce torque on the bar in certain lifts where the bar needs to rotate quickly. This allows for smoother lifts which helps reduce strain and injury.

Olympic bars and plates are suitable for beginners and the most experienced lifters. They are also ideal for most types of exercises.

If you aren't ready to make a significant investment in your weights, standard weight plates may be the way to go. Standard bars tend to be cheaper, making them good for beginners or someone on a budget. Just keep in mind that standard weights will start flexing badly around 200 pounds, so that's as heavy as you'll be able to lift.

Then, once you're ready to start lifting heavy, you can use your savings to buy your Olympic weight plates and start smashing your new goals.

Are Olympic plates the same as bumper plates?

Bumper plates are used to prevent damage to floors and the lifter's safety. They were made for lifts that require you to lift heavy over your head or lift from the floor and drop at the end. Bumper Plates are larger than Olympic plates, and they are all the same size in diameter.

Why are Olympic weights so big?

What type of weight plates do commercial gyms use?

The majority of commercial gyms carry both standard and Olympic weight plates to appeal to as many customers as possible. Gyms that appeal to heavy lifters may have Olympic plates exclusively.

Which type of weight plates look better in home gyms?

This is a matter of personal preference. Most Olympic and standard plates will come in different styles and colors. While the look of your home gym is important, please don't neglect function for cosmetic appeal. Instead, choose the weight plates that will help you meet your goals.

The equipment you use to build your home gym is essential. You need to be sure each piece of equipment aligns with your fitness goals. Olympic and standard weight plates both have their advantages, but most people will want to invest in Olympic plates in the long run.