One of the most basic yet most used pieces of equipment, newbies and experienced hands alike often don't know the difference between the different types of barbells. If you want to get serious about your training or buy a barbell for yourself, you will need to know the difference.

In this article, we will discuss what makes each barbell different, what they are best used for, and we are going to show you what to look for when purchasing your first bar.

The first thing we are going to look at is the different sizes of bars. This includes length, diameter, and weight.

Olympic bars have to meet the standards set out by the IWF. This means that every Olympic bar should be the same length and the same weight.

An example of this is barbells that have specifically been designed to weigh very little. These might be used in classes that combine strength and cardio.

One other thing to mention is that people often get confused regarding powerlifting and Olympic bars. These are two very different bars. Powerlifting bars are actually regulated by a different body, the IPF. 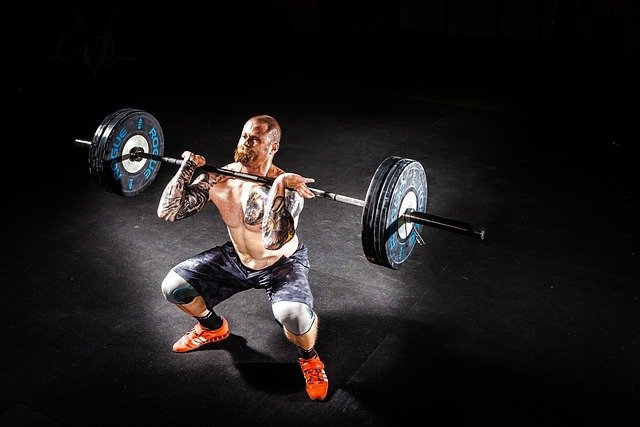 Unless they are of the highest quality, standard barbells tend to have a maximum load of around 350lbs. This is perfect for most gyms.

Olympic barbells are designed to hold a lot more, sometimes even 500lbs+, depending on the classification. Powerlifting bars with aggressive knurling will be able to hold a similar amount.

On a standard bar, you get very obvious knurling designed to give maximum grip. This helps newer lifters and experienced lifters to complete their lifts.

Olympic barbells have different knurling, with a smooth section in the middle of the bar. The knurling is removed from that section to protect the necks and skin of lifters from ripping during Olympic lifts.

Powerlifting bars will come with much more aggressive knurling, which helps during deadlifts and squats where the grip is more valuable and less dangerous.

Standard barbells usually come with bushing style bearings, these spin but not as fast as the bearings used in an Olympic barbell. This is better for normal compound lifts.

When it comes to Olympic lifts, having a faster, smoother amount of spin on the ends of your Olympic barbells prevents wrist damage and aids during complex movements.

Barbells come with the potential to store elastic energy during movement. This is essentially how far the bar can bend before returning and bouncing back to position.

Experienced lifters leverage this whip to their advantage. For beginners, though, a lower whip is better, which is why your standard barbell will not whip as much as an Olympic bar.

Olympic bars have a lot more whip because it is helpful to the lifters. Not all Olympic bars are the same, however, and there are 3 different designs. 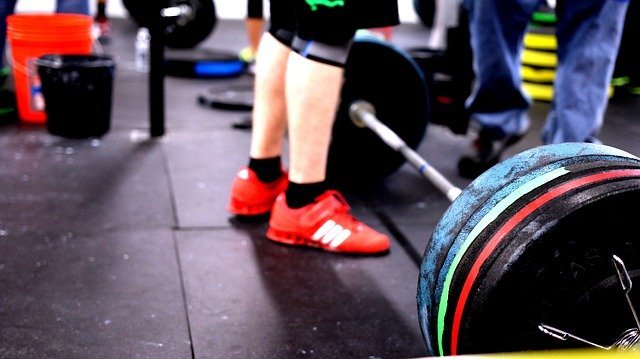 The first difference that you will find between the weights used on the different bars is the hole used to locate them on the bar.

Olympic bars have a 2-inch diameter at the end which means Olympic weight plates will need to have a 2-inch hole in order for them to slot on properly.

Standard barbells come with a 1-inch diameter. This means standard weights will have a 1-inch hole. Then you have the color-coding. Olympic weight plates use a set color-coding system set out by the IWF.

Olympic weight plates are also known as bumper plates due to their rubber coating, which allows them to be dropped from above without damaging the Olympic bars.

Olympic Barbell Vs Standard Barbell: Which one should you buy?

Now that you know all of the main differences between Olympic bars and standard barbells, you might be wondering which one is best for you.

If you are looking at purchasing a barbell for your home gym, you might want to consider starting with a standard bar. They are a lot cheaper, which makes them the better choice if you need to purchase all of the items necessary to fill your space.

Standard bars do wear quicker, though, and if you are an experienced lifter, you might begin to wish you had more space on the bar for heavier weights.

You will also have to figure out whether or not you will be focusing on the lifts that you need Olympic bars for or the normal lifts that can be done with standard barbells and standard weights.

Experienced lifters will also massively benefit from the spin provided by an Olympic bar. This will take a lot of the strain from your wrists and your back as you progress up to heavier weights.

This means you will have to purchase something new, which can set you back a hefty sum.

Now you have decided what kind of bar you need, here are some tips and tricks to help you purchase one that is high quality and worth the dollars you spend.

Tensile strength is essentially how much weight your bar can take before snapping or shattering. The tensile strength point is the point at which that happens.

When looking for a new bar, you should make 165,000 PSI your absolute lowest. 180,000 PSI is the standard for a good barbell, and anything over this will be perfect.

The finish of your bar has two purposes. The first is to make the bar look good. This isn't important for lifting, but it's a nice touch to have fresh-looking barbells.

The main reason for the finish is to protect the barbell. Some people like their barbell to be bare steel. This is common in old-school gyms. The problem with bare steel is that it corrodes quickly and picks up rust from contact with the moisture in your palms.

A zinc finish is one of the most common finishes. It protects your Olympic bar or Standard Barbells from rust. They need regular maintenance to keep them looking fresh, though.

Chrome finished bars are usually much more expensive (and aren't suitable for those on a budget), but they have by far the best protection against rust out of all the finishes. Some people complain that chrome finish bars have a lower grip. To combat this, manufacturers often use a more aggressive knurl to compensate.

Stainless steel bars a good choice for those that like that bare steel feel but don't want to risk the rust that comes with it. This is the material used in most high-end bars.

Other Types of Barbell

Are Olympic weights better than standard?

Standard plates are usually manufactured with more allowance for tolerance compared to Olympic plates. This means that Olympic weights are slightly better, but the main difference between the two is the rubber coating that allows for the weight to be dropped from a height without damage.

What is the difference between a powerlifting bar and an Olympic bar?

The main differences are that Olympic bars have more whip and less knurling. Powerlifting bars are rigid and have aggressive knurling.

We hope that this article has helped fill in the gaps of your knowledge. Now you are a pro on everything barbell, and you should know exactly what type of bar you should buy. Good luck with your purchases, and remember... Eat lots of protein.