More often than not, you’ll see a boxer working out at the gym with no weights in sight. Those familiar with boxing know that it’s all about speed and precision – both of which are developed through training. But what does this training consist of?

A typical session will typically include fitness work, strength work, and rounds on the punch bag for roughly an hour or so. The focus is on preparing the fighter for the upcoming contest, so weight lifting isn’t usually a major part of this process.

If you’ve ever wondered “do boxers lift weights” and what types of weights boxers prefer, then this article is for you.

Do Boxers Lift Weights When Training?

Most boxers lift weights as part of their training program. It's important to lift weights for boxers because it helps them develop explosive power and strength, which is required in boxing.

However, boxers don't lift weights as much as other sportspeople, like weightlifters or bodybuilders. Check out our handy weight-lifting guide for boxers below.

With an unfair advantage in size and mass, a heavyweight boxer might seem like they don't need to work out at all — but a bigger body doesn't always mean more strength, speed, or power.

Further, lifting weights helps to build robustness to injury. When performed correctly, a heavyweight can build strength without putting on any additional bodyweight.

Number of Weights Sessions Per Week – 1 to 3

Sugar Ray Robinson was an American professional boxer from the 1940s to the 1960s. Robinson was the world middleweight champion from 1946 to 1951 and is widely regarded as one of the greatest boxers of all time, pound for pound.

You may be surprised to find out that Sugar Ray Robinson steered clear of weights, but that doesn’t mean you should. In the past, athletes used to avoid weight training, mistakenly assuming it would increase body weight.

Nowadays, sports scientists agree that people who are into boxing should lift weights. Why? Because using weights can help get rid of excess body fat, build muscle mass, and improve performance in the ring.

Number of Weights Sessions Per Week – 1 to 3

One of the most famous lightweight boxers of all time also shies away from the weight bench. Manny Pacquiao's grueling workout schedule is a testament to his dedication and hard work; he puts in three hours every day, but rarely does any weight training.

As his coach says, it slows down smaller fighters — and that's why a boxer like Pacquiao focuses on cardio exercises instead.

Number of Weights Sessions Per Week – 1 to 2

Kickboxers have unique needs and, with the right approach, weight training can be a useful tool in helping them achieve their goals. While free weights are commonly used in traditional gyms, other alternatives can be just as effective — such as using a power rack or a medicine ball.

To become a better kickboxer, you need more than just power and speed. To improve your overall technique and performance, it's vital to include bodyweight exercises in your routine.

By increasing the strength of your core and the flexibility of your joints, these exercises can help you perform at the top level and minimize the risk of injury during fights.

Number of Weights Sessions Per Week – 1 to 2 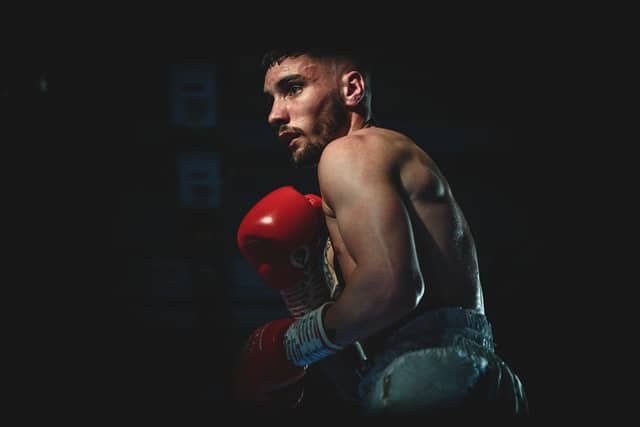 Most Common Types Of Weight Training For Boxers

Let’s look at weight training exercises that build the most strength, speed, endurance, and power for a boxer.

Crunches are a great exercise to do if you're a boxer. They help with the rotation of your trunk, which is really important for boxing.

If you're a boxer and you're not doing crunches, you're missing out on a great opportunity to work on your core. Doing crunches will make you more powerful, and it will also allow you to throw harder punches.

Deadlifts are a great exercise for boxers because it helps to build the posterior chain, which is crucial for fast movements like punching and kicking.

It also helps with balance and stability, which is especially useful in a sport like boxing, where you're constantly moving around the ring and trying to stay upright.

Stationary lunges are a great exercise for boxers because the movement is very similar to the footwork that a boxer would use in the ring.

Stationary lunges are excellent for working on your balance, coordination, and your core strength.

Squats are one of the most important exercises for boxers. Squats can help you develop strength and power in your legs.

The muscles of your legs are the biggest in your body. Therefore, if you have strong legs, it will be easier for you to punch, block and move around the ring.

One-Arm Bent-Over Rows are a great exercise for building explosive strength and conditioning your back. If you’re a boxer, this exercise will help you to develop a powerful upper body that will allow you to throw more punches and take fewer hits. It’s also great for building your core.

Front lateral raises are a great exercise for boxers because they strengthen the muscles that help you rotate your shoulder. Rotating your shoulder is crucial when it comes to blocking punches and getting out of the way of punches.

Front lateral raises are also great for shoulder stabilization because they help you strengthen your rotator cuff muscles.

Shoulder shrugs are one of the most important exercises for boxers. They are crucial for activating the trapezius muscles. These muscles will help you to throw punches harder and protect your shoulders from injury.

Bicep curls are essential for boxers to maintain upper body strength. Boxers need to have strong arms and shoulders to deliver strong punches. The bicep curl is a great exercise for boxing because it works the biceps and the triceps, which are the back of your upper arm. 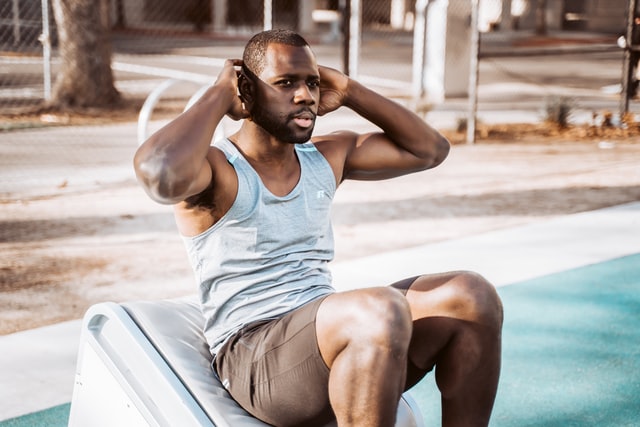 How Do Boxers Build Muscles Without Lifting Weights?

Boxers have a secret, one that is as old as the sport itself. It’s called shadowboxing, and it’s the key to building a strong, powerful body.

Shadowboxing is a form of bodyweight training that is one of the most effective exercises. Boxers can gain muscle without lifting heavy weights by using their bodies for resistance.

Many boxers also use another form of bodyweight exercise called calisthenics. Calisthenics is a type of exercise that relies on the use of one's own bodyweight to build strength, flexibility, and endurance.

It can be practiced for strength or as a sport and can be used as an adjunct to other sports training or as a form of physical exercise in its own right. Calisthenics is a great way to keep fit and build muscular strength. It also develops coordination and balance.

Also see our article on jump ropes as these are commonly used in boxing gym training. 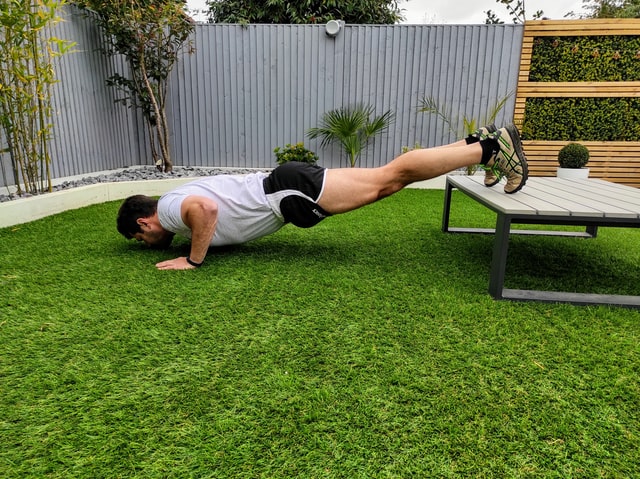 How many days a week do boxers lift weights?

Obviously, this will vary from boxer to boxer. While not all boxers incorporate weight training into their programs, some do add weight sessions to keep their routine varied.

Why do boxers lift weights with their necks?

If you lift weights with your neck, then you'll be able to withstand more punches and maintain your balance and composure when getting hit.

Some boxers may tell you that the only way to increase punching power is to lift weights. This is based on the idea that lifting weights will strengthen the muscles and connective tissue of the arm, which will increase the force of the punch. There is some truth to this, but mostly it's a myth.

Boxing isn't all about power; it's also about speed. When you're punching, you're not just trying to hit your opponent hard — you should be using that power to speed up your punches. The fastest and most powerful boxers can put their entire body into a single punch to strike their foes with incredible force.

When you lift weights, you're primarily building up muscle mass. With boxing, you're only using your muscles to direct a punch; the real power behind that fist lies in your body weight.

How many hours a day do boxers train?

It’s clear that the more you invest into your craft, the more you’ll get out of it and the more likely you are to achieve your goals. When it comes to boxing, most professional boxers train at least twice a day, which is why they’re in such incredible shape.

Boxers train between 2 to 3 hours a day, 5 to 6 days a week when they’re preparing for a fight. That’s a lot of hours! But, it's a lot of fun, and it can be a really rewarding exercise.

So should boxers lift weights? The short answer is incorporating a weight lifting session or two into your program is a great way to keep things varied and to increase strength and endurance.