You're looking to add either Romanian deadlifts or good morning exercises to your workout routine but first want to learn more about the differences between them. Both activities are great for working the posterior chain and building muscle. If you're unsure which option is best for you, this RDL vs good morning guide will tell you everything you need to know!

Romanian Deadlift Vs Good Morning - Which Exercise Is Better?

While both Romanian deadlifts (RDLs) and good mornings rely on proper form to execute the exercise safely and avoid injury, there are key differences in setup and technique between the two exercises. Starting with setup, both exercises start out of the rack but are positioned at different heights.

People often say that the Romanian deadlift begins by lifting the barbell off the ground, but this is not correct. A Romanian deadlift that starts and ends each set on the ground is actually a stiff leg deadlift. Therefore, while similar, they are two different workouts and should not be confused as the same thing. 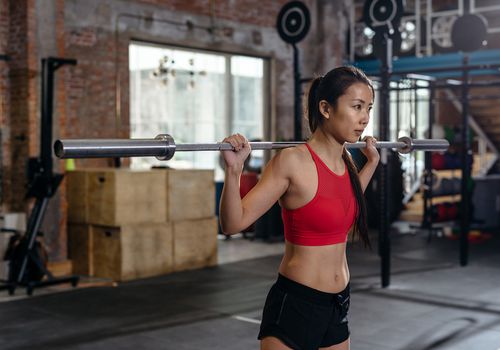 This difference in placement means that, for good mornings, the weight is distributed throughout the entire posterior chain. Placing the weight on the back of your neck rather than at the end of your arms creates a longer lever arm and allows you to target/isolate the back muscles more, with less weight.

Learn More - How Does A Barbell Not Tip Over?

For best results when training your hamstrings, it’s good to combine both a knee flexion exercise (like a leg curl) with a hip extension exercise. Since both Romanian deadlifts and good mornings offer a hip-hinge movement, either one can be used for the hip extension portion of the training routine.

Additionally, both RDLs and good mornings also work the adductors and lower back muscles too. However, Romanian deadlifts have the benefit of activating a wider variety of muscles. These include the upper back and forearm muscles.

Taking a look at grip involvement, there are a few options available for each exercise to suit your preference. For Romanian deadlifts, you should position your hands roughly shoulder-width apart on the outside of your thighs.

If you're already doing standard deadlifts in your workout routine, then you should be able to use a double overhand grip. If your grip strength is slightly lacking, you can opt for either an alternate grip or use straps.

However, since RDLs are loaded less heavily than your regular deadlift, now is a good opportunity to improve your grip strength and prevent you from becoming dependent on using straps.

On the other hand, grip strength isn’t required for good mornings, so it’s a great option if you are still trying to build up your strength. Lifters can opt for either a thumb-over grip or a thumb-under grip. Neither one is better than the other, and it just boils down to your own personal preference.

Also Check Out - How To Use Lifting Straps To Improve Grip

When it comes to movement difficulty, this is largely subjective to the lifter. Some people will say that a good morning is significantly easier than a Romanian deadlift, while others will say exactly the opposite.

When doing a Romanian deadlift, the mechanics are a simple hip-hinge movement. However, people seem to get the form wrong when doing RDLs more than any other exercise. For optimal form, you'll want to ensure that your knees do not push forward at the bottom of the movement.

Additionally, the bar should travel in a straight line, centered over the middle of the foot, throughout the entire movement. Your lower back should not round at any point, and you should avoid overextending the range of motion.

For a good morning, the eccentric movement is exactly the same as an RDL. This means that the same tips mentioned above for the correct form should be followed. Added to this, common mistakes made when doing good mornings include incorrect hand placement on the bar.

You’ll want to use a slightly wider than shoulder-width grip, as a grip that is too close can cause shoulder pain, while a grip that is too wide can cause you to lose your upper back tightness. Another common mistake is to allow the bar to rest on the palm of your hands rather than resting fully on your back.

Additionally, positioning the bar too high on the upper traps can cause the bar to roll forward toward your neck during the movement.

If you're focusing more on building mass, you'll want to increase your training volume with more reps and sets while decreasing the intensity slightly. For Romanian deadlifts, load the bar with a moderate weight and aim for 3-5 sets of between 8 to 12 reps per set.

The bar will be loaded with less weight than you’d load for a standard deadlift, about 30-40% of your deadlift 1 rep max. For good mornings, you’ll follow the same guidelines of sets and reps.

However, for this exercise, you should load between 30-40% of your squat (not deadlift) 1 rep max. The rest period between sets, when building muscle, should be anywhere between 1 to 2 minutes (for both RDLs and good mornings.

If you’re focusing more on increasing your strength, you’ll want to reduce the training volume by doing fewer reps in a set, while also increasing the intensity by adding more weight.

For Romanian deadlifts, load the bar with a heavier weight than you would when training to build mass. Aim for 4 to 6 sets of between 4 to 8 reps per set. For good mornings, you’ll follow the same guidelines. The rest period between sets, when building your strength, should be between 3 and 5 minutes.

Related Article - What Length Barbell Do I Need For Strength Training?

If your goals are aimed more toward strength endurance, you’ll want to increase your training volume by adding more reps and using significantly lighter loads. Aim for between 2 to 4 sets of between 12 to 20 reps per set for both RDLs and good mornings. The rest period between sets, when building your strength endurance, should only be between 30 to 45 seconds.

A Romanian deadlift (RDL) is a compound exercise that primarily targets the posterior chain muscles. An RDL involves a hip extension that targets the glutes and hamstring muscles and an isometric lumbar contraction that works the spinal erectors.

Although similar to a deadlift in how the barbell is held, a Romanian deadlift is not technically a deadlift. Instead, you'll lift the barbell off the rack from just below the height of your deadlift lockout. From there, you'll take three steps backward and hinge at the hips, keeping a straight back and flexed hamstrings.

The Romanian deadlift was named after Nicu Vlad, a retired heavyweight weightlifter from Romania. He was seen performing RDLs in the Olympic training hall, and since he is Romanian, it was dubbed the "Romanian deadlift."

Overview Of The Good Morning Exercise

A good morning is also a glute and hamstring-focused exercise but involves placing a barbell on the upper back (like you would for a barbell squat). When you’re in the starting position, you’ll lean forward and hinge at the hips, keeping a neutral spine and flexed hamstrings. This exercise looks similar to the way people bow to greet others, which is how it got its name.

Similar to Romanian deadlifts, good mornings are also a compound exercise that works the posterior chain muscles. Although a glute and hamstring-focused exercise, good mornings also work the spinal erectors and lower back muscles too. The benefit of good mornings is that they don't require the same grip strength necessary for Roman deadlifts since the barbell rests on the shoulders.

Aside from glute and hamstring development, adding good mornings to your routine is also great for squat assistance. Additionally, if you’re someone who spends long hours sitting, this exercise is ideal as it helps to strengthen your back and core muscles. 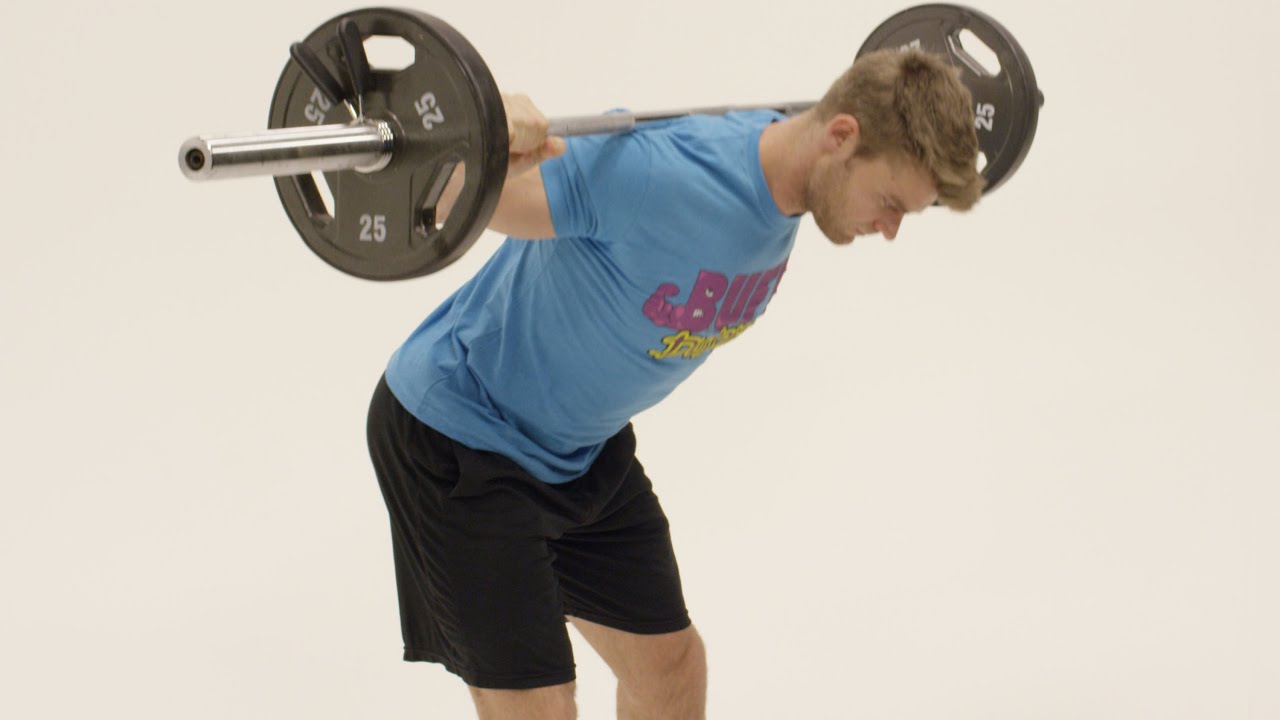 Why can't I feel RDLs?

When doing RDLs, you want to focus on pushing your hips back rather than bending over. The barbell should stay centered directly above the foot and should travel in a straight path up and down. If you're still struggling to feel it in your hamstrings, try placing 5-pound plates under your toes. This should allow you to feel the exercise in your hamstrings more.

Can a smith machine do RDL?

Yes, it can! Since the barbell needs to stay traveling in a straight line throughout the movement, using a Smith machine ensures this happens and helps you to perfect your form. If you find that you can’t get enough depth, even with the safety at its lowest setting, you can try standing on an elevated platform to help achieve a good stretch.

Read More - How Much Does A Smith Machine Bar Weigh?

How do you do good mornings without a bar?

A simple alternative to using a bar is to place either a dumbbell or a kettlebell behind your neck and perform the workout the same way you would if you were using a barbell. Alternatively, you can also use a resistance band. To do this, position one end of the band under your feet with the other end positioned behind your neck.

That wraps up our comprehensive guide to RDL vs. good morning exercises. Now that you know which type is best for each application, the differences between them, how they compare, and which one to choose for your specific goals, you can incorporate either one into your workout routine and reach your goals in no time! 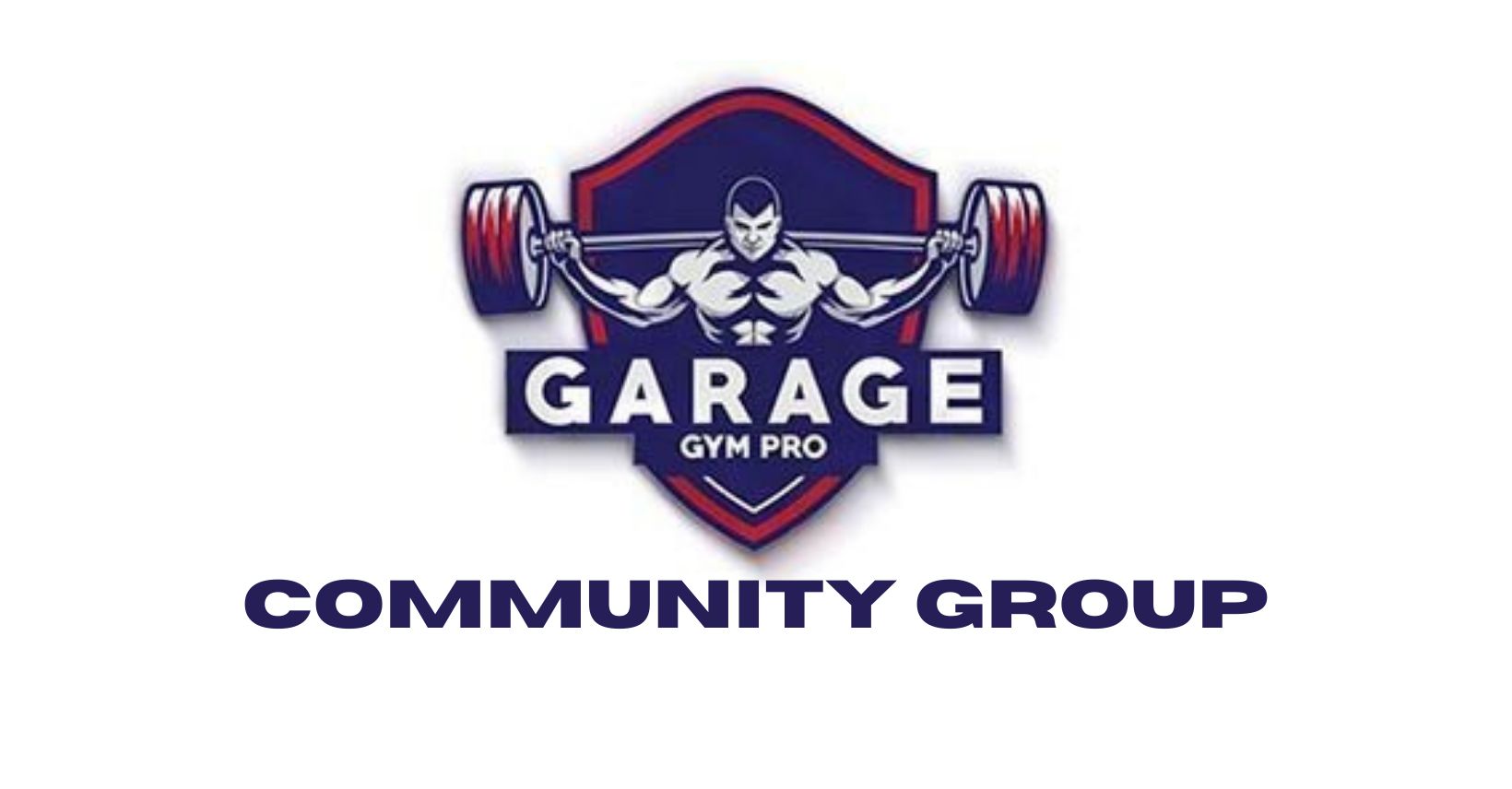