When it comes to your own home gym, searching for the right power rack should be one of your top priorities. One should also consider if lat pull attachment is needed. If it is, then the search is quite narrowed.

I took the liberty to review one power rack that is not very well known – Merax Athletics Fitness Power Rack. There are two reasons why it is not visible to the public eye. One is that Merax isn’t a big producer of power racks, and the other is that this particular power rack is still quite new on the market.

With that being said, a friend of mine has recently acquired it, which gave me the opportunity to review it, so let’s go right ahead. I’ll start with the features.

The power cage has a 47″ walk-in entrance, which is wide enough even for bulkier guys. 57″ cage depth is pretty standard. The rack includes standard and curled pull-up bar, which is useful mostly for self-weight exercises. The height of 85″ is good enough even for taller guys.

It is also worth mentioning that Merax comes with low row cable attachment, which is a great addition to the power rack. 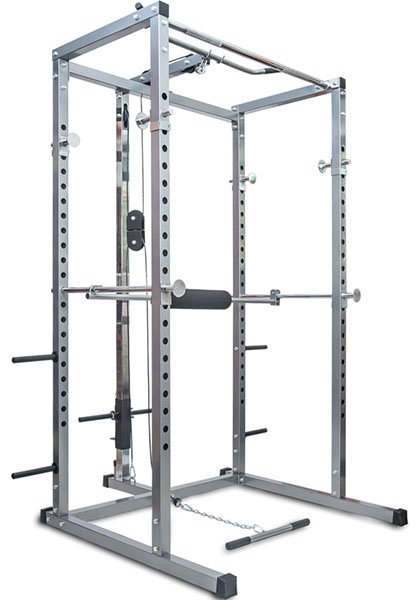 When my friend informed me that the power rack has arrived, I went to his place to check it out. 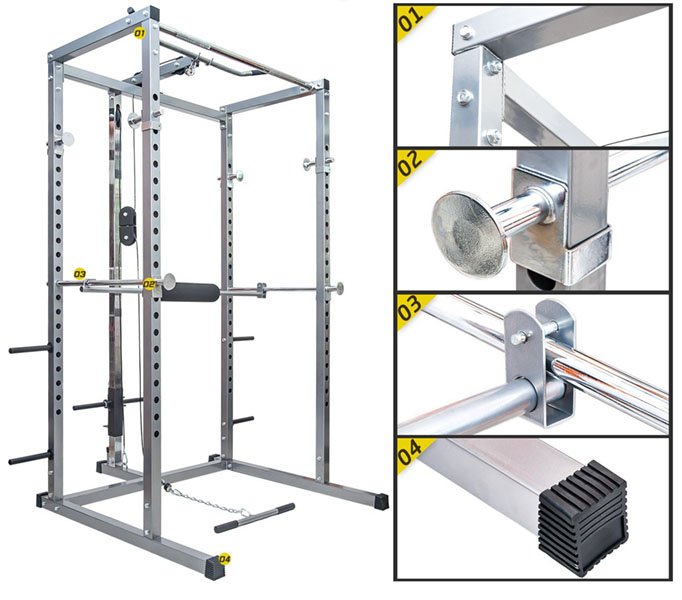 I was pleasantly surprised that it arrived in two separate boxes and from the first look, it looked very well wrapped. The boxes combined could weight about 135 pounds.

Luckily, the boxes weren’t damaged at all. As I have suspected, when we grabbed the boxes, nothing was moving inside – everything was tightly secured.

When we opened the boxes, it was good to see that every part was wrapped in plastic sleeves, while hardware parts came in small bags. The assembly was perhaps the biggest surprise. This unit can be assembled by just one person in less than 2 hours. We’ve managed to assemble it in less than 90 minutes. 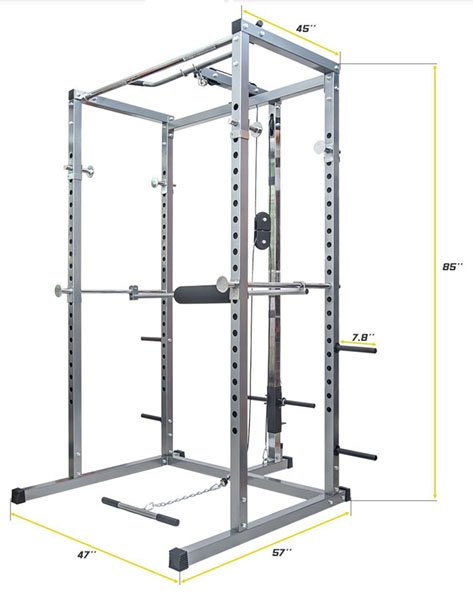 It came with various bolts and most had 17-mil heads, but I guess this information is not that important.

But since I already mentioned it, if you have a 17-milimeter socket wrench, the assembly will be easier.

I believe we would be able to put it together even without the assembly manual, which has just 4 pages, but the instructions were pretty clear and straightforward.

Once the cage was set-up, it was time to test it out.

But before we dive into that, let me mention that Merax Power Rack is very sturdy, so hey, heavy guys – good news! Also, when you are about to assemble the rack, make sure that you are on the spot where it will stay, or at least near it. You don’t want to move around nearly 140 pounds. 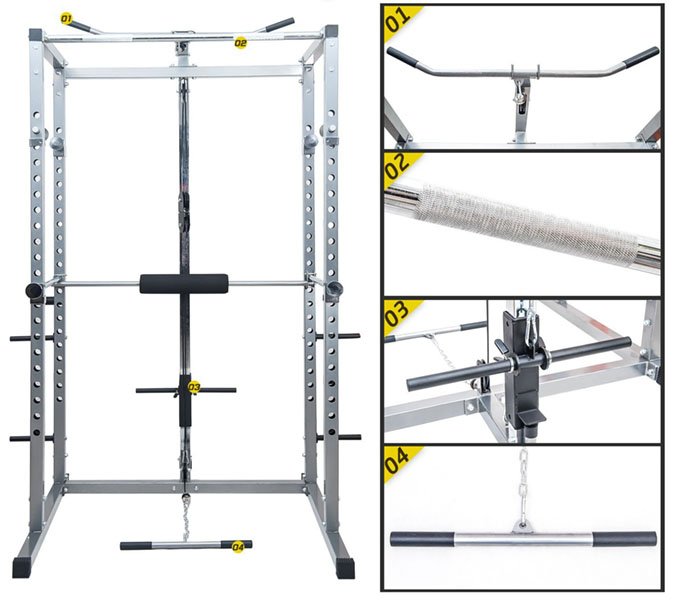 We loaded the rack with 250 pounds – and the rack did not even move, which was really impressive.

My friend is a lot stronger than I, we moved it up to 400 pounds and the safety bars still did not give up. But, of course, we did not expect any less, considering they should endure twice that weight.

Since I focus on calisthenics these days, I tried a few pull-ups on the straight pull-up bar and the rack stood perfectly fine, not jolting at all.

17.5″ lowest setting is good enough for most guys to do proper rack pulls – I didn’t have any problems with it, nor did my friend.

One of the most important things is that you should feel safe and secure in the power cage – which we did. The sturdy construction comes a long way for Merax Athletics Fitness Power Rack.

As with every power rack, Merax Athletics Power Rack has a lot of pros, but some cons as well. Let’s check them out.

In short, this is a great rack for all kinds of weightlifters. You will find it useful if you are a serious power-lifter, if you train calisthenics or if you are a regular body-builder. This is a high quality, sturdy rack with lat pull attachment included.

If you would prefer something of a full-commercial quality, then check out Fitness Reality X-Class power rack.