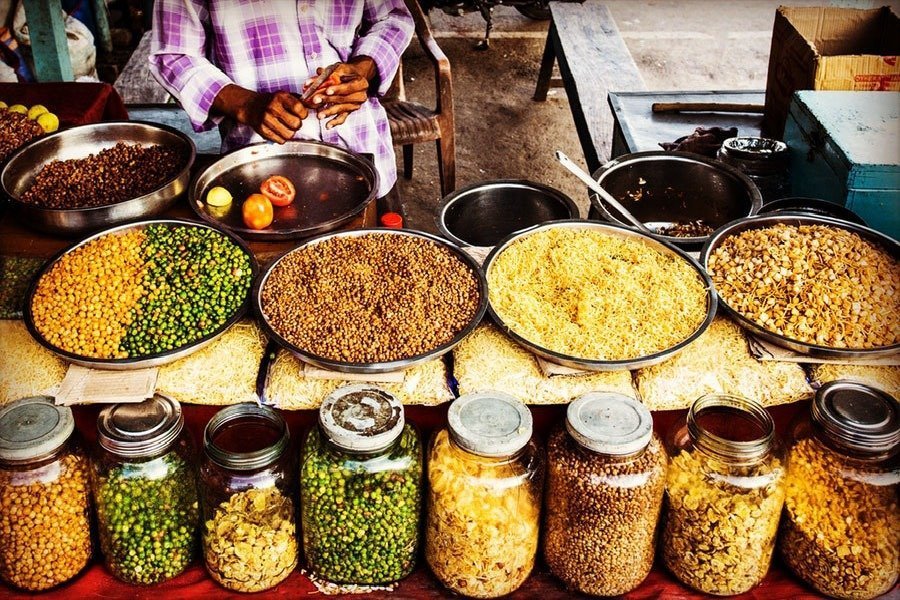 It’s easy to lump legumes into the general vegetable category but they offer their own nutritional benefits and should be studied on their own. Both legumes and veggies contain a variety of vitamins and minerals, so what’s the primary difference?

From a science perspective, legumes are unique in that they contain certain bacteria that convert nitrogen into soil fertilizer. Typical vegetables don’t have this nitrogen-fixing bacteria; they actually take nitrogen out of the soil and cause plants to wither. Legumes nourish the soil and can be a huge help in sustaining crops.

While internally legumes are hosting this special kind of bacteria, you can also identify a legume based on its exterior. Generally speaking, the plants of legumes end up producing seeds or fruit in a pod. Some common examples include peanuts, soybeans, lentils, and chickpeas. Sure, legumes might be considered vegetables but they differ greatly from other veggies such as dark leafy greens, roots, and tubers.

Of course, that’s just one of the differences. Another key characteristic of a legume in that it tends to have a higher protein content than a typical veggie. Beans are a wonderful source of plant-based protein, which is why you’ll often see vegetarians and vegans praising these legumes. In fact, you could categorize beans in the veggie group of the food pyramid as well as the protein group. If you’re looking at the amount of protein in vegetables vs. legumes, standard veggies are going to fall short but this doesn’t mean that they’re not important!

Besides protein, legumes — especially beans and pulses — have a high starch content. Legumes are sometimes lumped into the “starchy vegetables” column alongside potatoes and peas. Consider that one cup of black beans has 41 grams of carbohydrates while a cup of carrots has about 12 grams of carbs. A cup of potatoes has about 23 grams of total carbs.

Due to all of that starchiness, legumes are quite filling, which makes them a great substitute for meat. On the other hand, those who are watching their carbohydrate intake will probably want to pay extra attention to how many beans they’re consuming.

Are Legumes Better Than Veggies?

It may seem as though legumes take the prize when it comes to the vegetables vs. legumes battle but this isn’t necessarily the case. Vegetables often have more protein than people expect, although they can’t compete with the protein amounts in beans and peanuts. For instance, a cup of carrots only has one gram of protein, but a cup of broccoli has 3.7 grams, and a cup of spinach has 5.3. While it doesn’t beat the 15 grams of plant protein in a cup of black beans, eating a variety of vegetables throughout your day can boost your protein intake.

There are also vitamins and minerals to consider. Legumes tend to be high in fiber, folate, iron, magnesium, and phosphorus. Most vegetables are high in Vitamin C, and green veggies also contain a lot of folate. Dark leafy greens, in general, are full of Vitamins A, C, and K while purple vegetables such as eggplants are rich in antioxidants, particularly heart-healthy anthocyanins. Both legumes and veggies are rich in phytonutrients, plant compounds that have been shown to fight off certain diseases.

Throughout your week, it’s crucial to eat a wide range of vegetables and legumes. Aim for a rainbow of color and you’ll reap the benefits of vitamins, minerals, and antioxidants as well as carbs, fiber, and protein. Rather than seeing veggies and legumes as either-or, consider combining them into a delicious meal to help you round out your diet and get more plant-based goodness.