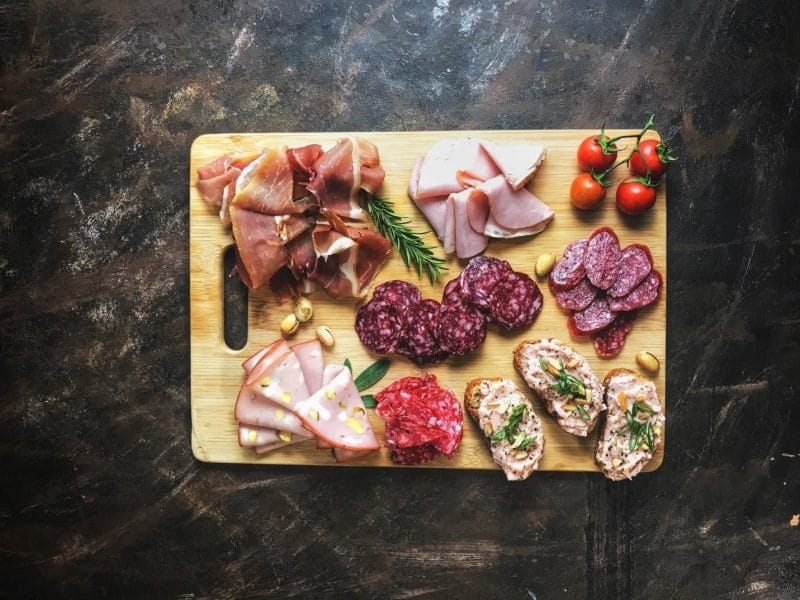 Although mankind has been eating meat since its origin while maintaining excellent health, people still believe meat, especially red meat can cause harm to our health. Health experts have spent years debating the risks of red meat, and in many cases, white meat as well.

So what’s the beef with meat? Let’s find out.

Meat Isn’t What It Used To Be

The important thing to keep in mind is that the meat we consume today is very different from the meat our ancestors consumed. In olden times, cattle and poultry was allowed to roam free and feed on pasture grass, insects or whatever natural edibles they find.

Today, though, the situation is vastly different. Even though the US government banned the use of hormones on chicken, no such restriction was placed on mammals that produce red meat. Additionally, cattle today is fed grain rather than grass and hence the meat will obviously differ.

Meat products are also highly processed today. Once the animal is killed, it is cured, smoked, treated with nitrates, preservatives, and many other chemicals.

When examining the health and fitness effects of meat, it is important to know that not all meat is equal.

Red meat is actually the most nutritious food you can eat. It is chock-full of vitamins, minerals, and antioxidants that have very beneficial health impact.

If you consider 100gm of raw beef, it contains the following percentage of our RDA:

Here, we should note that vitamin B12 is not found in plant-based food. Plus, the National Institutes of Health lists certain red meats as good sources of heme iron and this is also only found in red meat, white meat, and fish.

This is very important for people who suffer from iron deficiency, including:

Red meat is also a rich source of creatine and carnosine and people who only rely on plant-based food often are low in these nutrients, which can affect their brain and muscle function.

As mentioned above, grass-fed beef has even more nutrition than grain-fed beef as it contains a lot of omega 3, and higher amounts of Vitamin A and E.

In fact, since it is such a rich source of protein, a study showed that eating 160 grams of lean red meat six days a week for 120 days can increase muscle growth in people who do strength exercises and heavy lifting.

It should be noted that most of these studies show the effect of lean, unprocessed red meat on human health. This is because they are not processed and do not contain excess fat, salts, and preservatives.

The effect of red meat on health has been well studied. Several studies show that red meat is associated with heart diseases, diabetes, and cancer. Nevertheless, not all red meat has this type of effect.

The American Heart Association claims that red meat has more saturated fat than any other type of meat. They said high amounts of saturated fats as well as even a little trans-fat can result in raised cholesterol level and risk of heart disease. Therefore, the organization recommends people should stick to eating leaner cuts of meat, like pork tenderloin and sirloin.

Additionally, processed, packaged, and fried food is the primary source of trans fat, not red meat.

Another review found that processed meat is the culprit when it comes to heart disease and diabetes. The study could not find any association between these disease and unprocessed red meat.

Red meat is also co-related with colorectal cancer. However, studies who found the link used both processed and unprocessed meat. Further meta-analyses found that the actual risk of colorectal cancer is very low.

Moreover, other studies show it’s not the red meat, but the toxic compounds produced when meat is cooked is what caused increased cancer risk. Therefore, cooking method also determines whether red meat can have a detrimental effect on health.

Sometimes fish is also clumped with white meat; however for this guide we will stick to poultry. This includes chicken, turkey, duck, etc. With so many people worried about fat intakes these days, white meat is probably the most important meat choice because it has lower amounts of fat.

A 100 gram of skinless chicken breast contains the following percentages of RDA:

Vitamin B3 or niacin builds healthy skin, while Vitamin B6 is required for synthesis of amino acids and metabolism or protein. Chicken also has lower levels of saturated fats than lean red meat and even oily fish like salmon.

White meat is also an important source of vitamin B12 which is not available in plant-based foods. It however, it is significantly lower in iron and myoglobin than red meat. So it is a good idea to look for darker poultry meat like the thigh meat as it has a higher iron, zinc and other nutrient content.

Zinc is an essential mineral that is necessary for development, reproduction, improving your immunity, and maintaining your sense of smell and taste.

White meat also contains more fat that white meat but not by a very significant amount.

However, the major difference is between the availability of vitamin B12. Red meat is an exponentially bigger source of this vitamin.

Vitamin B12 is responsible for the formation of blood cells, DNA synthesis, and brain health. People who are deficient in this vitamin have a greater risk of health problems.

However, whether you choose lighter or darker meat, chicken remains an excellent source of protein, vitamin, iron, zinc, selenium, phosphorus, and calcium.

Is There A Risk to Eating White Meat?

A study by the American Journal of Clinical Nutrition found that white meats have identical effects on saturated fats and LDL cholesterol level as red meat. People who ate chicken or other poultry were seen to have the same amount of cholesterol than people who consumed beef, or other forms of red meat.

Red Meat or White Meat, That is the Question

Researches show that red meat is definitely superior in nutritional value than white meat. However, that doesn’t mean chicken isn’t nutrient-rich too.

So which do we eat?

The key is diversity and balance. We shouldn’t just restrict yourself to a certain type of meat. We should have both.

When choosing red meat, the general recommendation is to have no more than two or three palm-sized servings per week. Game meat like venison is also a good choice since it has higher levels of omega 3. Pork sirloin and ham are also very nutrient-dense.

When eating chicken, we shouldn’t just have the breast. We can also add chicken thigh and offal to our meat dish.

What we should definitely give up though is processed meat. These meats are of poor quality and contain harmful chemicals and undesirable filler ingredients, which have a negative impact on our health.

The bottom line is there is nothing wrong with eating red or white meat. The key is your diet should be well-balanced and well-proportioned to give your health maximum benefits.