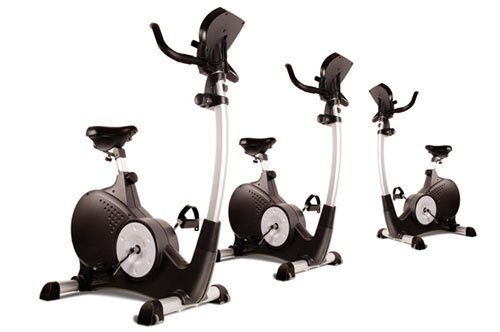 The cardio vs. weights debate has been going on for some time now. Most people tend to favor one type of exercise over the other. Although both have their pros and cons, the real question involves which one is best for losing weight.

Fitness professionals tend to have their students do both, but do you really need to spend time on both cardio and weight machines? We’ll go over the differences here before coming to a decision on cardio vs. weights.

In order to choose between cardio vs. weights, you first have to understand what both of them are.

The “cardio” in cardio vs. weights is short for cardiovascular. It refers to a type of physical exercise that focuses on fat burn and losing weight. These exercises are not designed for building muscle, but they will help you build some muscle over time, especially in your legs.

Cardio exercises are done on machines, including stationary bicycles, stair steppers, elliptical machines, and treadmills. They will help you get into shape so that you can climb several flights of stairs without getting out of breath.

Weights, on the other hand, are more than just the “other option” in the cardio vs. weights conundrum. They are great for building muscle and even help with losing weight, albeit in a different sort of way. We’ll get into a bit more detail on this later. When you’re lifting weights, you’re essentially focusing on building up the individual muscles in your body.

This is done with either free weights like kettlebells, dumbbells, and barbells or with machines that focus on a single area of the body, such as the lower legs or the back of your shoulders.

Impact on the Body

While both forms of exercise have an impact on the body, the real question in the cardio vs. weights debate is: which one is the most effective? Cardio is great if you want to improve your overall cardiovascular functioning.

As you get into better and better shape, your resting heart rate will go down, your lungs will be able to take in air better, and you’ll start to feel great overall. Weights have a different effect on you. They’ll bulk up your muscles and make it easier for you to lift things.

Over time, you’ll notice that your muscles are now visible and that you’ve become somewhat leaner. Weight lifting won’t improve your cardiovascular system though; it will just affect your muscle mass. To put it simply, both forms of exercise will have a positive impact on your body, just in different ways.

Which Is Best For Losing Weight?

What it really comes down to is – cardio vs. weights: which will help you with losing weight? Well, if you look at the scientific studies, cardio is the best way to lose weight. CNN published an article in September 2017 that included some interesting results.

After following a number of people over the course of eight months, the people who just did cardio wound up losing more weight than the ones who only lifted weights. However, the lack of weight loss with the lifters can be attributed to the fact that they gained muscle mass.

While standing on a scale, it looked like their weight loss was smaller, but you need to remember the old saying that “muscles weigh more than fat.” This is still true.

With that said, additional studies have pointed out that people with muscles tend to burn more calories while resting. Their metabolisms are much better, making them lose more weight over a set period of time, as long as they eat properly and keep working out. Since cardio alone doesn’t build up muscles as weightlifting does, this leads right into our recommendations on this issue.

What We Think You Should Do

Ideally, instead of focusing on just cardio or just weightlifting, we believe that you should do both. This is the real answer to the cardio vs. weights question. People who do both cardio and weight lifting tend to be in better shape overall. They can handle everything from lifting heavy bags of cat litter or soil and can climb stairs without collapsing from being out of breath.

They really have the best of both worlds. When you add in the fact that having muscle raises the number of calories that you burn while at rest, and it has a healthy effect on your metabolism, then the argument for adding both cardio and weight lifting to your routine makes plenty of sense.